7 JavaScript Frameworks/Libraries to Look Out For

May 26 Posted by manmohan in General 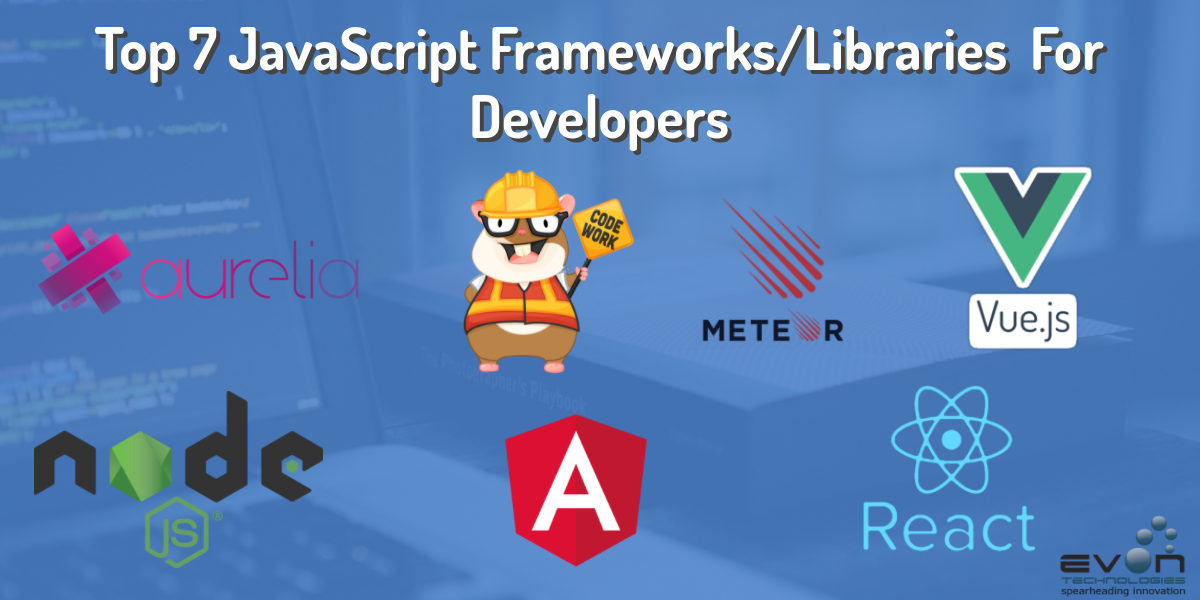 A key to remember here is that every framework/library has its pros and cons. So, based on specific requirements of your development project, you could also find one, other than these five, the best fit for your project. 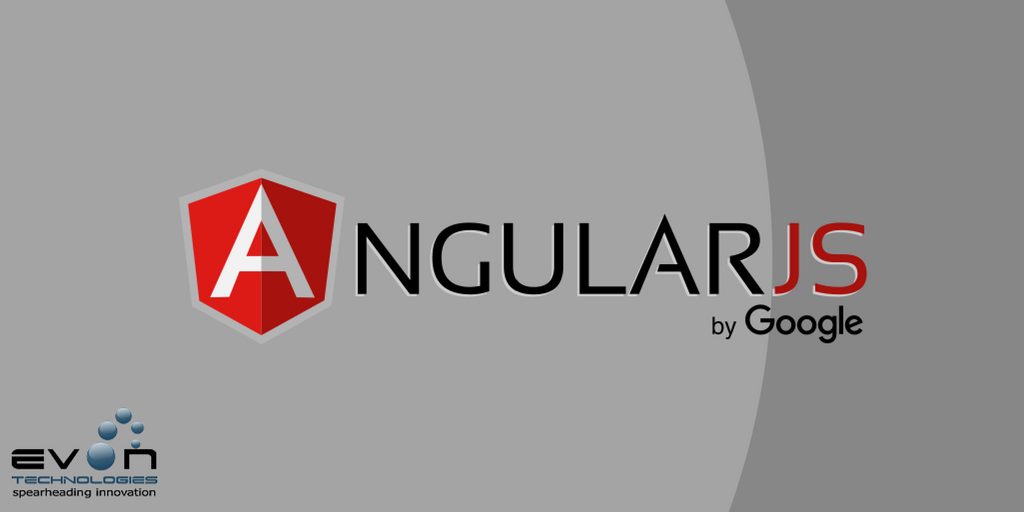 Angular.JS, an open source framework supported by Google, is a structural framework for dynamic web apps. Angular paves the way to use HTML as a template language. It also enables developers to extend HTML's syntax, which in turn allows to express your application's components in a clear and succinct manner.

Angular is an MVC-type framework and offers two-way data binding between models and views. By the virtue of this data binding, it becomes possible to get automated updates on both the sides in an event of data change. Thus, Angular rids the need of performing the painstaking task of writing manual code for DOM manipulation.

The modern app world calls for stability, security and innovation. And this is what Angular ensures by allowing developers to combine the modern day development features with design elements. There are different versions of Angular you can use for your development project. However, the latest version, i.e. AngularJS 2.0, has gained a lot traction in quick time. The final version of Angular 2.0 was released on September 14, 2016, and is written entirely in Typescript and meets the ECMAScript 6 specification.

Angular has the biggest community of developers and is the most used JavaScript framework for developing Single Page Web Applications.

Some of the popular AngularJS websites are Google, Youtube (PS3), Sky Store, Nike, General Motors, Guardian, and Huffington Post. You can pick Angular.JS for easy code integration, readiness for unit testing and fast development pace. AngularJS also becomes a good choice when it comes to building a complex web front-end application development and using a single modular framework to take care of everything. 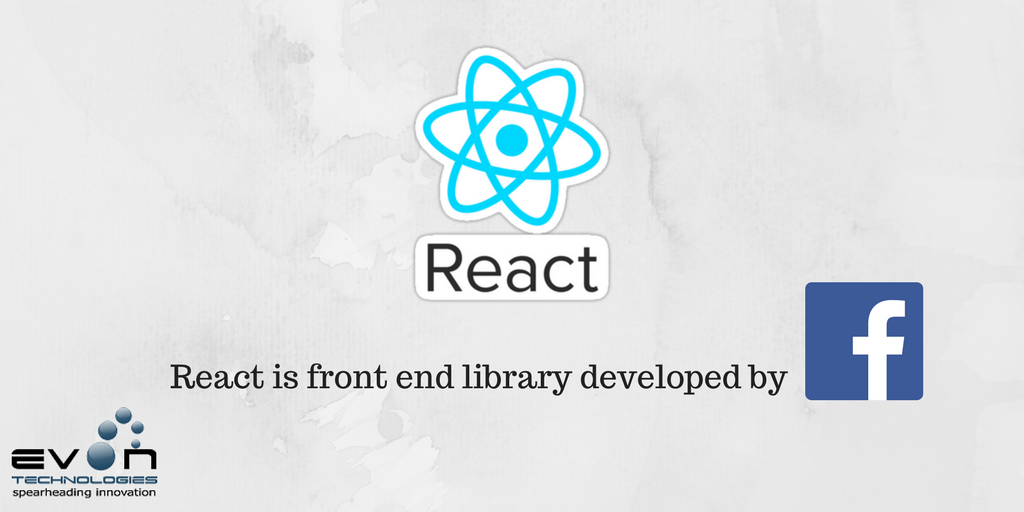 React.JS, an open-source JavaScript library first released in 2013 under BSD license for building user interfaces, is maintained by Facebook, Instagram and a community of individual developers and corporations. Since React is about user interfaces, it’s mainly the V in MVC. With React.JS, developers get a component layer to ease the process of creating UI elements and combining them together. React.JS was used to build the user interface of Facebook and Instagram, which proves the efficacy of ReactJS for building dynamic & high traffic applications.

One of the greatest advantages of React.JS is virtual DOM. The library can render a virtual DOM at client side or server side and communicate back and forth. As a result, it saves expensive DOM operations and makes updates in a very client manner. React also brings the re-usability in the form of reactive components. You can also create component libraries and use across applications. Another virtue of React is JSX, which allows developers to mix HTML with Javascript.

When compared to Angular, React lacks testing simplicity and component structure. However, unlike large AngularJS applications, debugging of self-contained components of large ReactJS apps is much easier. React is an ideal framework for JavaScript developers who want a powerful View layer, and not an elaborate framework for the rest of their application.

#3 Node.JS (Not a JavaScript Framework, then What Is It?) 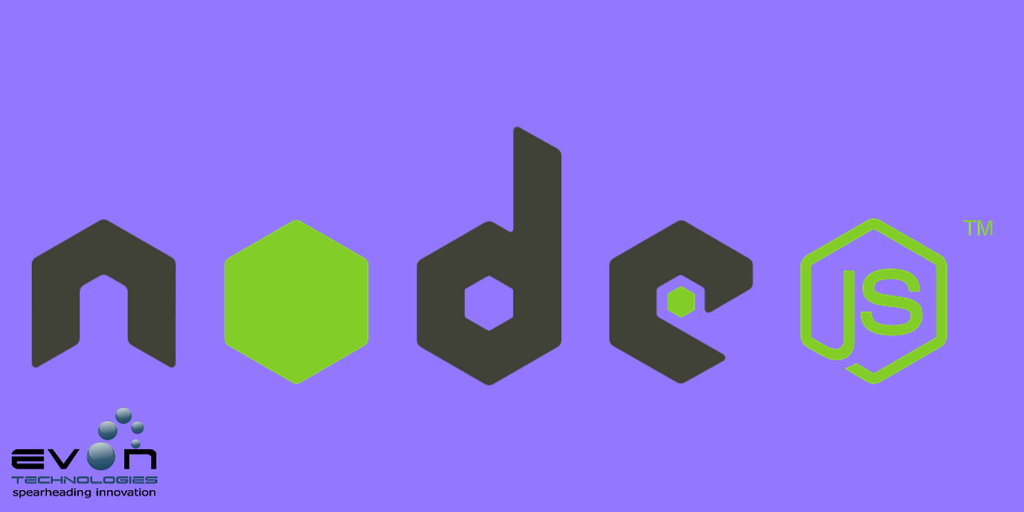 Node.JS is not a JavaScript framework, but JavaScript has been put into use for writing many of its basic modules. We can say that Node.JS is an open source, cross-platform runtime environment for server-side and networking applications. Node.JS development company is popular for non-blocking, event-driven I/O for data-intensive real-time apps that run across distributed devices.

Node.JS runs on the V8 JavaScript Engine, which is developed by Google and and operates at a super speed. The framework obviates the need of forming separate threads by using a single thread or event loop to handle all the asynchronous I/O operations. With this suite, it becomes a cakewalk to perform major actions in web applications, like reading or writing to the database, network connections or file system.

You can go for Node.JS if your project requires the creation of fast, robust network application that is capable of dealing with parallel connections with increased productivity. LinkedIn used Node.js to take care of mobile traffic and saw a reduction in number of servers from 30 to 3. Not only this, the response time of the applications increased by 20 folds. One of the most popular Node.JS applications is Socket.io, which is designed to handle constant communication between the client and the server, and allows the server to push real-time updates to clients.

, an MIT-licensed open source project, is a lightweight and easy-to-learn JavaScript library for building web interfaces. It comes with facilities like two way data binding and virtual DOM. Unlike Angular and React that often inundate developers with myriad things to develop a web app, Vue.js is simple and only calls for things that you need for effective completion of the task. Besides, Vue.js is relatively new, therefore obviates the need of acquainting yourself with its history before starting using it.

The library was first released in 2013, but not many developers took cognizance of it in web framework technology for the next two years. It was 2016 when Vue.js rose to fame and gained so much traction that it’s now seen as an alternative for even well established JavaScript libraries, such as Angular and React.

Vue.js team is working towards making documentations better in 2017. There will also be improvements in APIs and on-boarding experience in the Native Rendering. Testing is another area Vue team is focussing on. So, there will be more guidance in the docs and official testing utilities to allow developers to test Vue.js components at ease. Besides, Vue is likely to see better discoverability in 2017. The reason many developers are turning to Vue is that it addresses the issues of React and Angular. And, provides a way to code in a much simpler and easier manner. 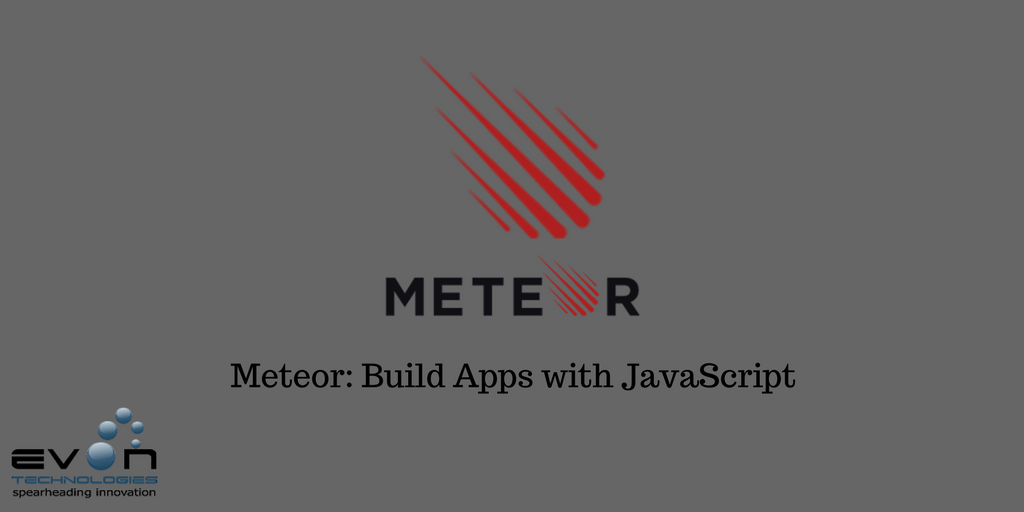 Meteor.JS is an open-source, full-stack, MVC-style JavaScript framework for building end to end mobile and web applications at breakneck pace. Meteor offers numerous integrations, support and features right out of the box, including frontend rendering, backend development, business logic and database management. There has been no looking back for Meteor after the first release in 2012 as an open source JavaScript framework under MIT license.

Developers recognize JavaScript as the universal scripting language in browsers on the client-side. However, with Meteor.JS, JavaScript can be used on the back-end as well, which saves a lot of time and improves efficiency. So, Meteor saves developers from the hassle of learning two different languages for frontend and backend. The official JavaScript of the Meteor platform is ECMAScript 2015 and every new Meteor project now uses it by default.

The best advantage of using Meteor.JS is that it enables development of real-time applications. No page refreshes or specific callback logic is required for Meteor apps to react to changes. Any changes in the database related to UI elements get updated on the app’s UI in real time. Meteor uses Distributed Data Protocol (or DDP) for querying and updating a server-side database. 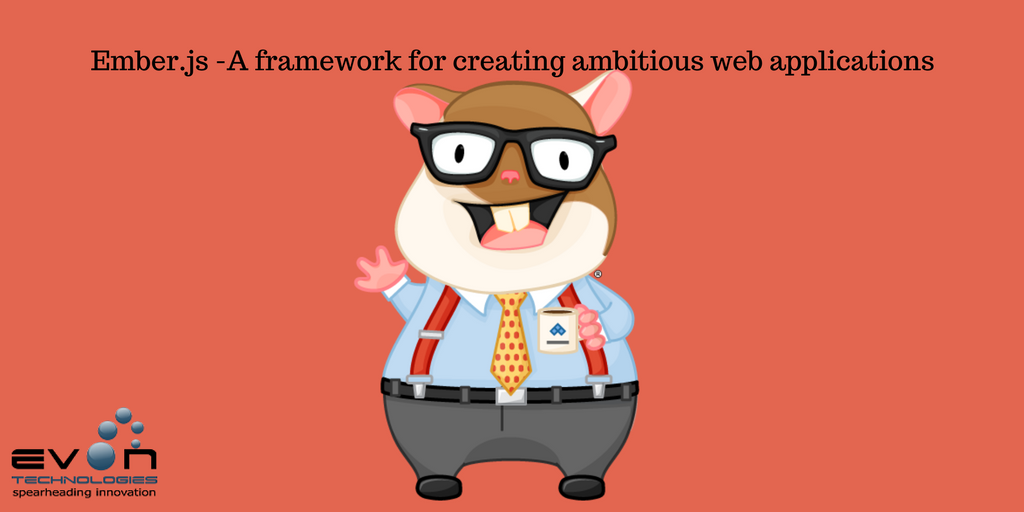 Ember’s Router enables developers to stop breaking the web, a big problem earlier with JavaScript-based applications as they put the entire application under one URL. With Ember, URLs and a working back button are generated by default with every route you create. Besides, it’s easy to use the API.

Developers can also combine Ember with Ruby to build richer and more interactive web apps. Another advantage of using Ember is its CLI (Command Line), which provides a nice gamut of tools to remove the hassles of organizing code into modules, setting up build tools, creating mock servers for the frontend and writing common functionality in the app. Ember could be a good pick for large application ecosystems. 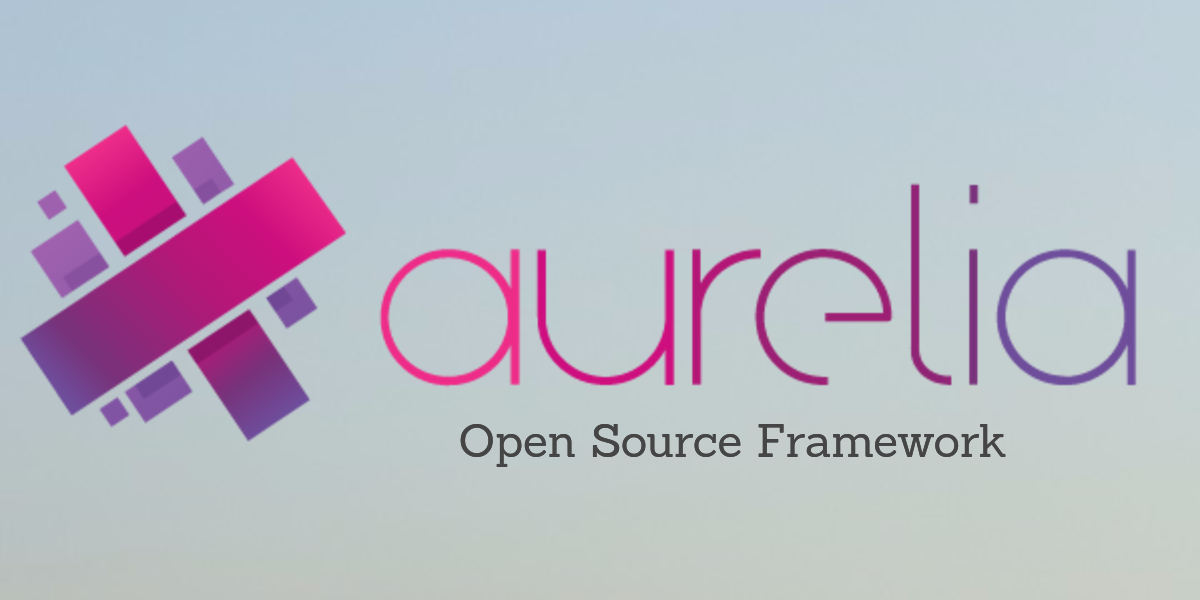 Aurelia.io, an open-source framework under MIT license, is also a new framework, officially announced January 26th, 2015, two years ago. The stable release of Aurelia.io came out in mid-2016 and it’s popularity has been on a significant rise ever since. Aurelia.io is fast and lightweight. Aurelia supports one-way data-binding and two-way data-binding. It even allows custom data binding with Angular syntax.

The reactive system of Aurelia delivers top notch performance which is much better than DOM-diffing, a major reason behind blazingly fast speed of Aurelia. The size of Aurelia is small and it also allows developers to further reduce its size by removing modules, lazy loading bundles, code splitting and more.

Aurelia enables developers to build applications using Javascript (ES5, ES2015), TypeScript or even something like CoffeeScript. Since Aurelia leans on ECMAScript 2016, it provides developers access to native modules, classes, decorators and many more. What makes Aurelia unique is the capability to build components using plain JavaScript, making your code clean and easy to evolve over time. Aurelia is highly modular and designed keeping in mind extensibility so that developers feel less burdened.

Aurelia can integrate with many third party libraries or frameworks as well, including jQuery, React, Polymer, Bootstrap, MaterializeCSS. Besides, the framework supports ES5, ES2015, ES2016 and Typescript, paving the way for high flexibility. Aurelia also has a very large community to keep it making better, with the support of numerous contributors and a big core team.

JavaScript Frameworks are important as they play a key role in streamlining the whole development process by removing the complexities of code structure, maintenance and design. Apart from the five that I have discussed above, there are a few other popular frameworks as well, including JQuery Mobile, Backbone.JS, Knockout.JS, Polymer.JS, and many more., that could also turn out to be a good fit for your development project. However, as I mentioned earlier, it’s paramount to assess your project needs and understand all the pros and cons before finally deciding on a JavaScript framework.

Have you ever used a JavaScript framework before? Do you want to add more to what’s already being discussed? As always, your comments are vital for all our readers, please add them in the comment box below.