Apr 12 Posted by Staff writer one in Java Web Development 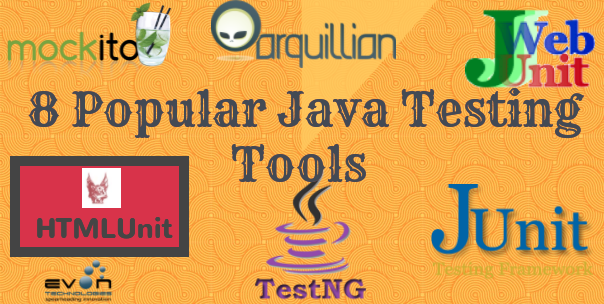 A plethora of tools is available in the tech market for automated testing of Java/J2EE applications. However, for this blog, I have winnowed down the long list of Java testing tools to the most used and popular ones, based on the reviews of some Java developers I recently talked to. So, don’t feel offended if I miss out on your favorite Java testing tool, as there is no perfect tool in this world. The 8 Java testing tools/frameworks I am going to discuss in this blog are meant for unit testing or functional testing or for specific types of Java components such as view, logic and validation components.

Without a doubt, JUnit is the most popular Java testing framework out there. The framework is open source and is widely used by Java developers for writing & executing unit test cases. JUnit has also been one of the major forces behind the adoption of test-driven development methodologies. JUnit comes as a packaged JAR (Java ARchive) library, and you can download junit.jar and hamcrest-core.jar files from GitHub before placing them in your test class path.

The Java testing framework is very simple to use, and provides annotations for test method identifications. Assertion is another exciting feature of JUnit which it uses to test the expected results. With JUnit, Java developers can quickly run unit tests and get instant results via red/green progress bar.

Although JUnit is a popular unit testing framework, it can also be used for integration and acceptance tests. So, you can easily integrate JUnit with standard IDEs, like eclipse and netbeans.

JWalk is a Java testing tool that relies on Lazy, Systematic Unit Testing. The tool performs bounded exhaustive testing of any compiled Java class, supplied by the programmer.

Although JUnit enables to frequently retest the modified code, the manually created test scripts often remain incomplete. But that’s not the case with JWalk, which operates directly on the compiled code for Java classes and uses a new lazy method for inducing the changing design of a class on the fly. Besides, fully automated checking gradually takes over manual inspection of the test report.

For systematic testing, JWalk performs exhaustive testing of the whole state-space of the object to ensure compliance with the specification. The tool is smart enough to infer the specification from hints supplied by the programmer during the testing process, and from smart assumptions made about the intended design of the code. 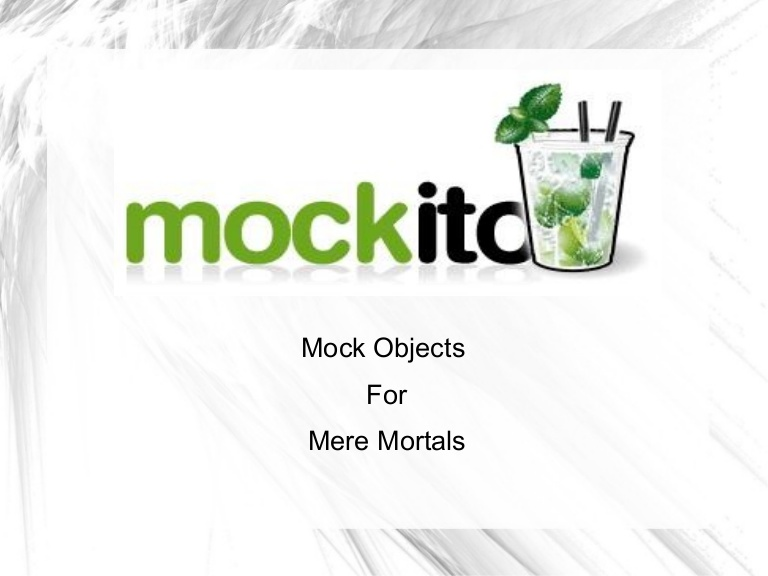 Mockito, an open source framework under MIT license, is one of the most famous mocking frameworks for Java. The reason why mocking frameworks have become popular is that they improve unit tests by removing the outside dependencies, thereby giving rise to better, faster, independent unit tests. Unlike other mocking frameworks, Mockito makes it possible to verify the behavior of the system under test (SUT) without setting up expectations in advance.

The existence of a robust coupling between the test code and the SUT often makes it difficult to deal with mock objects. However, Mockito minimizes the coupling by removing the expect-run-verify pattern through elimination of the expectations specification. Therefore, Mockito paves the way for simpler test code that is easier to read and modify. 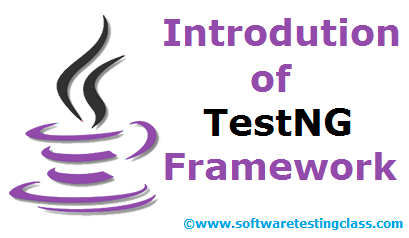 TestNG is a testing framework inspired from JUnit and NUnit, but it has more powerful and easy-to-use functionalities. TestNG was designed keeping in mind a broad testing spectrum: Unit, functional, end-to-end, integration, etc. Testers prefer TestNG over JUnit for mainly three reasons:

Besides, various tools and plugins, like Eclipse, IDEA, Maven, etc, support TestNG. The NG means next generation. Other virtues of TestNG are flexible test configuration, support for data-driven testing, JDK functions for runtime and logging (without dependencies), code testing in a multi thread safe, etc.

JwebUnit is a Java framework used for functional, Regression and Integration testing of web applications. The framework provides a simple interface for writing test cases, and is a good choice for screen navigation testing.

JwebUnit uses testing frameworks like HtmlUnit and Selenium to provide a unified, simple testing interface, thereby making it possible for you to quickly test the correctness of your web applications. If you want to use the latest version of JwebUnit, i.e. 3.3, you need to have the knowledge of Java 1.7.

Similar to JUnit, TagUnit also has test cases, test suites and tests that are written as assertions. An important distinction to JUnit is that tests are written as JSP pages, not Java classes. JSP tags are either built-in or user-defined tag elements that remove a huge burden from JSP to separate reusable components.

Java classes are used to write the functionality of Tags. If you think that using JUnit is enough to test them directly, you’re wrong. Since they are not standalone classes, a JSP needs to be converted into Servlet to call the tag classes. This is another reason why TagUnit is also called a tag library for testing custom tags within JSP pages.

HTMLUnit, an open source library and a headless browser, is written in Java and is widely used for Integration testing. JSPs are designed to run inside the web container. However, HTMLUnit is well capable of testing the View part even without the container. Using Jasper, JSPs are first manually converted to Servlet class. And since the container is not running, simulation of the request and response behavior needs to be done. For this, one needs to create Mock objects of JSPWriter, PageContext, HTTPServletRequest and HTTPServletResponse.

It won’t be right to call HtmlUnit a generic unit testing framework. It simply provides a way to simulate a browser for testing purposes. 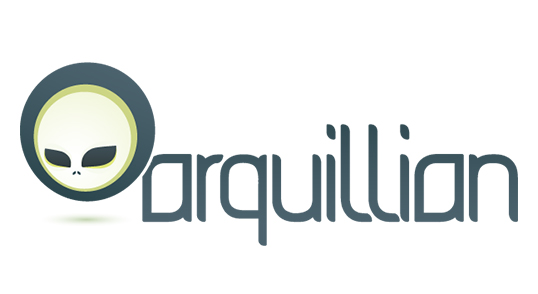 Arquillian is an integration testing framework for Integration and Functional testing of Java. Without any exaggeration, it’s a highly innovative and extendable testing platform for JVM. Arquillian offers testers the-much-needed ease in creating automated integration, functional and acceptance tests for Java.

The tool also rids the need of creating mock objects and removes the hassles of dealing with container lifecycle and deployment. Arquillian also integrates with other testing frameworks, like JUnit 4, TestNG 5, and launches tests using existing existing IDE.

The tech market is flooded with numerous Java testing tools. However, for this blog, I have picked the ones that are mostly used by Java developers and testers. I hope the list above helps you choose a Java testing tool that best fits your needs. Always remember, there is no good or bad tool. Based on functionalities and varied requirements, a Java testing framework that is good for someone may not be so good for you. So, make your decision after assessing your project requirements and acquainting yourself with all that’s on offer by a Java testing tool.

Have you ever used a Java testing framework on custom web design and development before? Do you want to discuss a tool that you previously used for Java testing, but it’s not being listed in the blog? Your views are vital for all our readers, please share them in the comment box below.