Android 7.0 Nougat: Everything You Need To Know 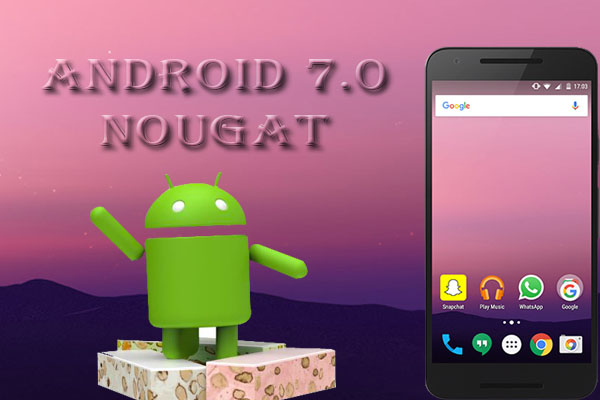 With Google’s rollout of Android 7.0 Nougat (nʌɡət) on Nexus devices on August 22, 2016, Android phone users can’t stop wondering about what features Nougat has in store for them. If you have also been holding your curiosity horses for long, let me unveil for you the new features that are highly likely to arrive on smartphones that support Android Nougat.

Google surprised everybody when it released a preview version of Android Nougat on March 9 this year. We all knew that Google announced its previous mobile operating systems only at Google I/O, the Google's developer conference. However, the motive behind the unprecedented move, according to Google, was to give developers enough time to have a good look at it and provide their vital inputs. The sooner, the better!

Click here to find out which non-Nexus smartphone is to be the first to Ship With Android Nougat.

Going by what Google revealed during Google I/O on May 18, Android Nougat’s new features can be divided into three categories: Productivity, Performance, Security. It appears Google has built its latest operating system for mobile phones on the premise of extending functionality, improving pre-existing features and further expanding what’s possible in stock Android. It’s quite possible that not all specifications will make it to the final release. But hoping for the best, I have highlighted the most amazing features that have the best chances to come along Android N. 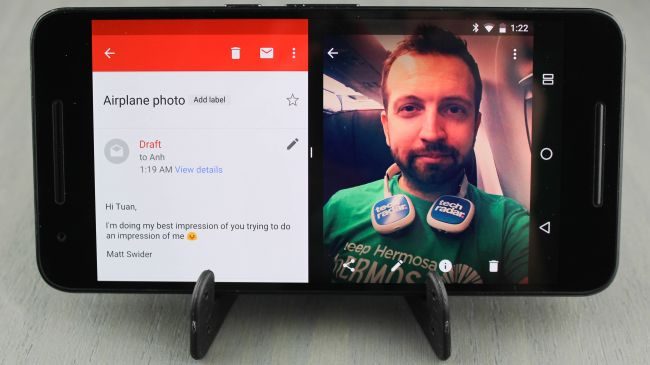 The most exciting feature of Android N is “Split Screen”, which supports multitasking. Although Samsung and LG phones have incorporated this feature couple of years ago, Google is bringing it for the first time in its own software. Thanks Google for listening to public demand, which means Android Nougat users can open and use two apps at the same time. All that you would be required to split your screen is to long press the recent button in navigation bar.

You can also resize the window by dragging the divider. Moreover, with “Quick Switch” feature you can switch between the two most recently used apps. For this to happen, you would need to double tap on the Overview button. On the top of the multitasking menu would be a Clear All Button to allow you to close all the apps at once.

It seems that Google has learnt a lesson from Apple Inc. I said so because Google has now incorporated direct replies feature in Android N, much similar to Quick Reply. However, unlike Apple which restricted Quick Reply only to its iMessage app, direct reply on Android N works with all messaging apps, like Whatsapp, Viber etc. 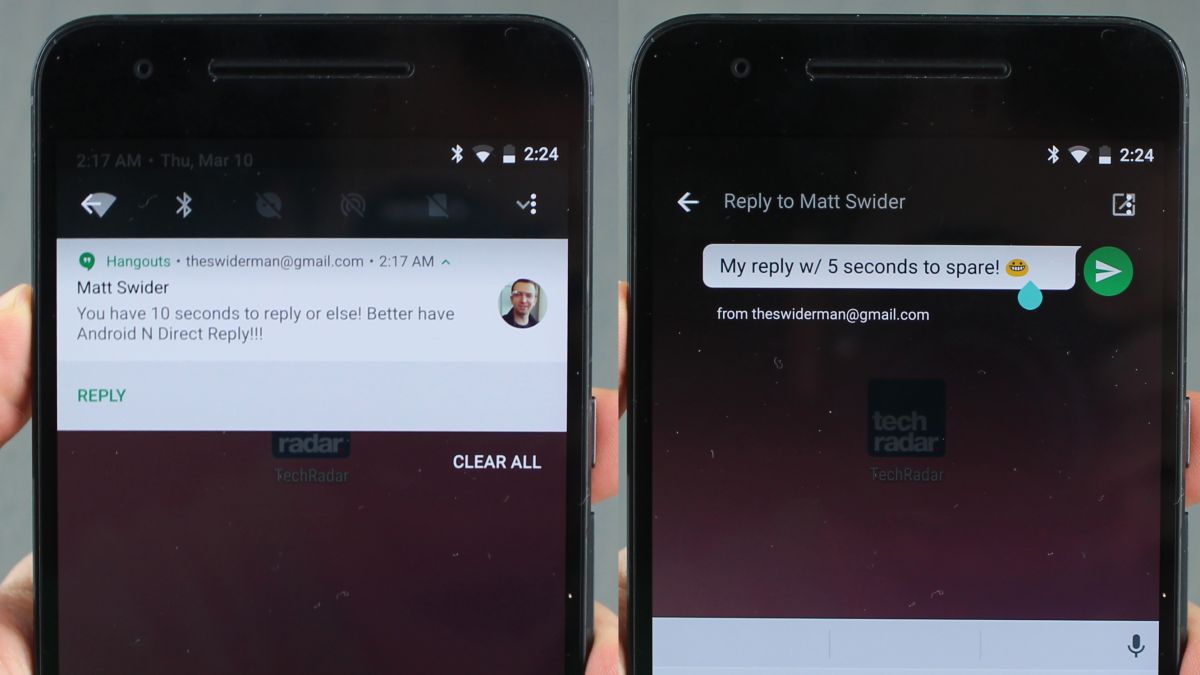 So, next time when you see a notification on the top a screen of your Android Nougat smartphone and feel tempted to reply, there is no need to navigate away from your current window. No matter if you are playing a game, watching a video or surfing the internet, you can easily reply through a notification on the top of screen of your Android N phone, without leaving the current window.

Google has also revealed in an announcement during developer conference on May 18 that notifications cards will be grouped together if they are from the same app. To your better understanding, all messages from a specific app will stay together as a bundle in the notification shade. If you wish to expand them to individual notifications, you need to use a two-finger gesture or tap on the new expansion button. 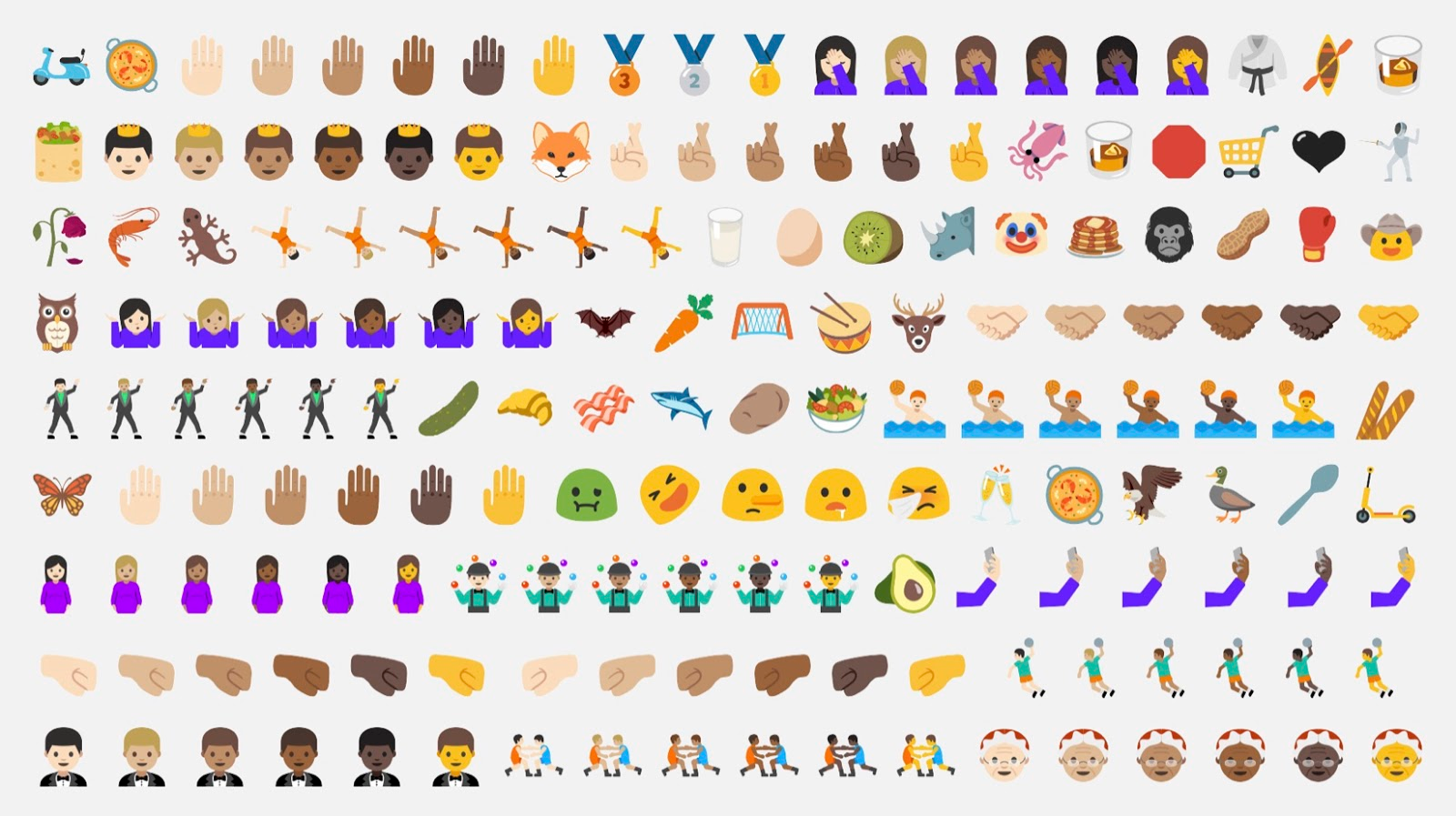 Android N brings support for Unicode 9, meaning 72 more emojis to help your phone fit your personality. Now, the total number of emojis in Android are over 1,500. So, go express yourself on an Android Nougat phone in an even better way. 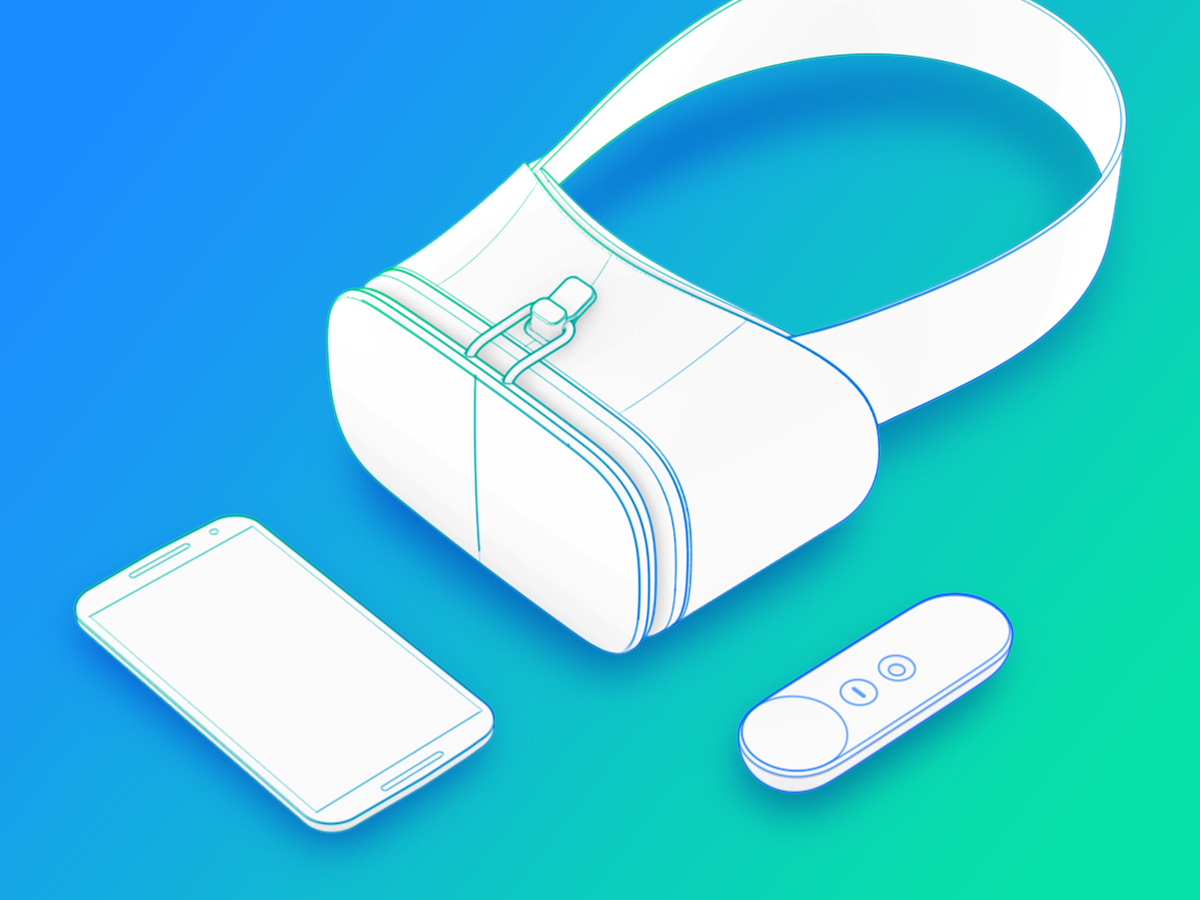 In order to provide virtual reality (VR) experience on mobile, Google has built Android Nougat compatible with Daydream. Google’s Daydream is a spec with headset, and aims at giving rise to high-quality mobile VR for Android smartphones. Google Daydream is certainly the successor of Google Cardboard.

Samsung, LG, HTC, Huawei, Alcatel, ZTE and Asus are in the process of developing Daydream-ready phones since the current phones offered by them don’t have appropriate hardware to support VR. Daydream will provide VR support to the Play Store, StreetView, Photos, YouTube and Play Movies. So, be ready for an immersive experience and jumping into games, locations and videos, with Daydream .

Android Nougat brings you data saver. It significantly reduces your mobile data usage by restricting background data on apps when you're on a mobile/cellular network. Samsung has already been offering the same function on Galaxy S7 for quite a time, but Google is bringing it it the first time ever on its mobile operating system. However, when your Android Nougat phone is on WiFi, all the appsÂ get there data access as normal.

We first saw Doze in Android Marshmallow, and have been loving it since then, right? To make you love it even more, Google has enhanced Doze Mode 2.0 in Android N. Your Android Nougat phone will stop all background tasks the moment you turn your screen off, thereby increasing the battery life by even a bigger extent. So, if you leave your phone on standby mode for a day or week, you can still use it without having to recharge it right away. 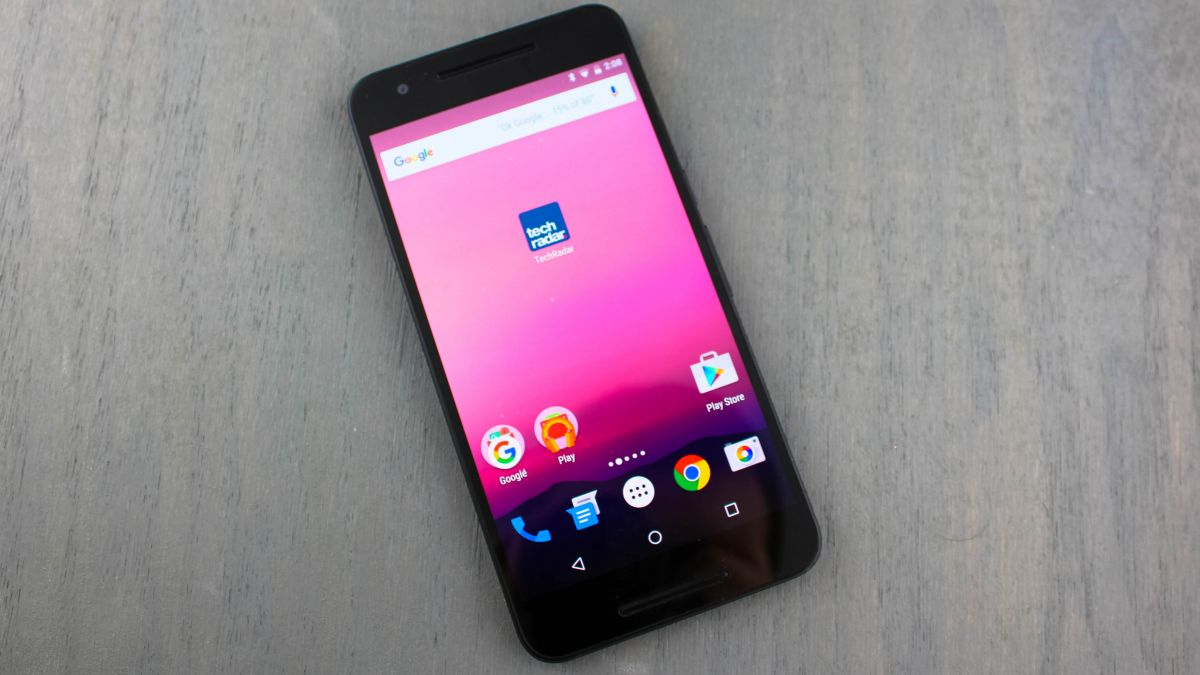 Google has announced “Launcher Shortcuts” feature to equip in Android Nougat smartphones with pressure-sensitive display technology. As a result, Android manufacturers will find it easy to bring 3D Touch-like technology to Android handsets.

For better graphics and smoother, faster performance, Google is introducing Vulkan 3D graphics API in Android N. The benefit of Vulkan is that it has a much lower CPU overhead than OpenGL. Moreover, it opens gates for developers to fit much more graphical detail into frames.

Android N also brings support for Java 8, which will allow developers to do better things with code.

Google is also bringing JIT compiler in Android N for better performance. It increases the speed of app installation by 75%, in addition to 50% reduction in the size of the compiled code.

Android N will also stop password-reset ransomware. According to ZDNet, “The new operating system will no longer allow users or software to invoke a command that clears already-set passwords. However, in order to protect your device it notes that you will need to set a password in the first place.”

Google’s Android Nougat is making rounds on the internet, and Android fans have been long wondering what all new features it will bring for them. Here, I have tried unveiling the features that Google has announced during developers conference to bring with Android Nougat.

If you know more about important features likely to come with Android N, please share them in the comment box below.