May 04 Posted by Staff Writer in Mobile Development 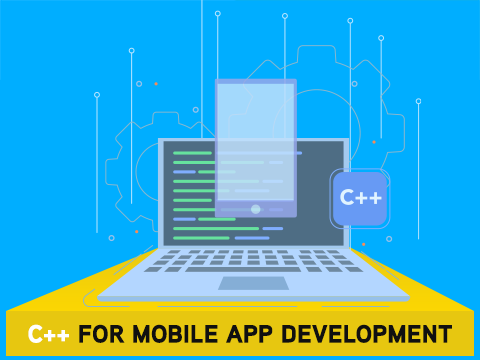 The past few years have seen a surge in the smartphone industry. A big percentage of the world population now owns one or sometimes more than one smartphone. With smartphones becoming more and more capable each passing day, people are using them more and more, to get things done. Smartphones can help you with almost everything: from buying groceries to finding a new job! For anything you need, there's an app!

Although a handful of operating systems exist for smartphones, Android and iOS are, undeniably, the two most popular ones. Each has its own app store - Google Play (Android) and App Store (iOS) - which provide thousands of free and paid apps. And most apps, well, at least the popular ones, are available on both.

As more and more businesses around the world become app-centric, it's not hard to realize the significance of creating clean, efficient, and multi-platforms apps. You don't want to be that business owner or developer who hires a huge team, spends a lot of money and resources, and develops an app for the Android platform, only to realize later that you missed out on a huge client base by choosing not to develop the app for the iPhone too. 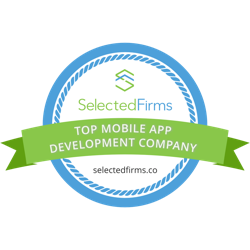 Choosing the right development tools can help you save cost and, more importantly, help you rope in a higher ROI. Imagine the cost of hiring engineers over and over again to develop the same app for different platforms! Stay Informed. Make a smart move!

Yes! You read it right, C++ is still around. In fact, that would be an understatement. C++ isn’t just around; it is still very popular and very much in demand among C++ development companies. Although many programming languages are used to develop mobile apps for multiple platforms, such as Java, Swift, JavaScript, C#, Kotlin, Python, etc., C++ is still the preferred programming language for many developers, including those developing apps for the mobile platform. People are turning to C++ for developing multi-platform mobile apps. iOS, Android and Windows  — the three most popular mobile platforms – all support writing code in C++. You can develop an application once and reuse it on different platforms without losing out on performance or security. Thus, if you are looking to deploy your business app over multiple platforms (which is usually the case), trust me, you want to stick to C++. You don’t want to hire multiple teams, give instructions, provide documentation, etc., over and over again.

Availability of a wide range of features

C++ offers a huge range of features, such as library support, various containers, maps, hash tables etc. These features ensure that the output is as good as the programmers’ effort. The features “support” the programmers. Pointer support, another provision of C++, is an important tool in coding that promotes efficient memory utilization. In addition, C++ is an object-oriented coding language and uses concepts such as data abstraction and encapsulation. Some of these features are exclusive to C++, making it a unique and suitable pick.

In the context of mobile phone apps, especially such as games, speed is an essential factor. Since it is a compiler-based language, C++ is faster than many other programming languages. It is closer to the machine. With the impressive speed C++ provides, you can be sure your app users will have a great time using it–not to mention, the wonderful time the developers are going to have developing your app.

Memory management is another significant factor in mobile development. C++ programming language can be written to execute without a garbage collector. A garbage collector runs every now and then and removes all unused objects in the program code. However, the disadvantage associated with garbage collectors is that they use up resources when they run. Furthermore, they might sometimes run at inappropriate times and sometimes might not run when you want them to. This ultimately results in your having no control on the amount of memory that is allocated.

Versatility is another factor that makes C++ a great option for development. C++ can be used for things other than app creation, such as library creation, operating system design and maintenance, and general software design. In addition, C++ can be used in tandem with other coding languages such as Python and Java.

The cross-platform development tools available in Visual Studio can help you build native C++ apps for the three most popular mobile ecosystems: iOS, Android, and Windows. Using the Mobile development with C++ workload available in Visual Studio you can install SDKs and tools you need for cross-platform development of shared libraries and native apps. Using this workload, you can create code with C++ that can run on iOS, Android, and Windows.

Since all three, iOS, Android, and Windows, platforms support writing code in C++, writing native code in C++ can allow reusing the code across platforms. Other than being reusable, native code written in C++ performs better and is resistant to reverse engineering. The reusability comes in handy when creating apps for multiple platforms.

Evon Technologies has been into app development since 2006.  Our team of developers offers expert solutions for developing efficient cross-platform apps. Our services have attracted a huge clientele in the past and continue to do so. Our domains of expertise include, but are not limited to,  technologies around Bluetooth, motion sensing, audio/video conferencing, content sharing, social networking etc. The businesses we handle range from content, enterprise integration, eCommerce, to logistics and delivery. Talk to us to hire C++ developer know more on how we can help you grow your business---by building an app, just for you!