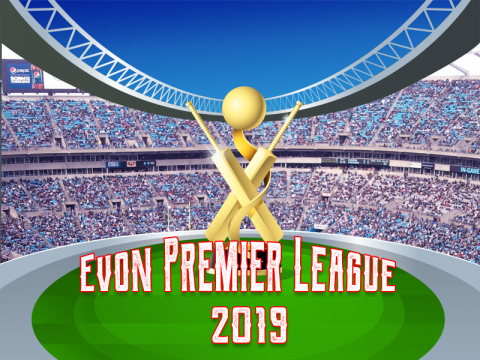 As begins the month of September, rains come to a halt in Dehradun and the weather becomes just perfect to go out and play India’s most favourite sport Cricket. The wave of excitement also strikes Evonians as soon as the cricketing season arrives. The bats and balls come out, and the preparation to participate in the most-awaited inter-office cricket tournament EPL (Evon Premier League) goes in the full swing.

With all the teams ready to go all guns blazing, the EPL season 4 kicked off on September 21, 2019, featuring six teams with maximum 16 players each.

The gusto was quite a thing to see on the field that sometimes even made watchers to stare open-mouthed at nerds. Why not? After all, who expects from the employees of a custom mobile app development company to run and dive like crazy to get their respective teams across the line.

In the league stage, all six teams played one match with one another to achieve a common goal - Score points by winning matches and end up in the top four to get a ticket to the semifinal. Some very close finishes in the league stage saw a lot of on-field drama and display of emotions, showing how determined and involved everyone was to take their team to the bigger stage of the tournament. 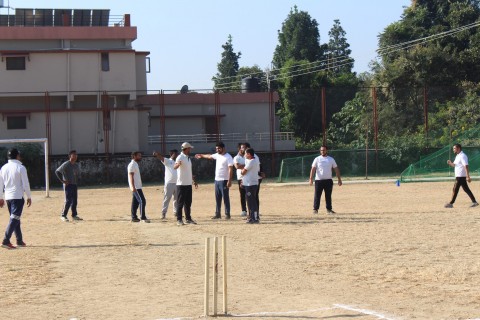 As it turned out, LS Dragons, Mobile, Tech Warriors and PHP R. Challengers qualified for the semifinals. The first semi-final was played between LS Dragons and the defending champion Mobile on November 2, with Mobile emerging out to be the winner. The second semifinal match was played between PHP R. Challengers and Tech Warriors on November 9. The latter won the match to meet Mobile in the final match.

Before the final match, a lot of talks were doing the rounds during office breaks, with many people placing their bets on Mobile to retain the title. But only the course of time would reveal who was destined to lift the coveted IPl 2019 trophy.

The Sunday morning of November 2 saw the two finalists having gathered on the field to play their heart out for just one more time at least this year. The coin was tossed up and Tech Warriors won the toss.

Having decided to bat first, Warriors put up a total of 128 for Mobile to chase in 20 overs. It seemed that Mobile will easily chase what appeared to be a comfortable total to chase in a final match.

Mobile openers got off to a flying start and gathered some quick runs for their team. After five overs, Mobile was 50 for loss of two wickets and things were going quite well for them. But the fortune soon took an unexpected turn in the 7th over as fall of two wickets in quick successions opened the floodgates for Mobile. Some excellent fielding and catches by Warriors’ team created pressure on the opponents and the whole team was bowled out for mere 97 in 18 overs. 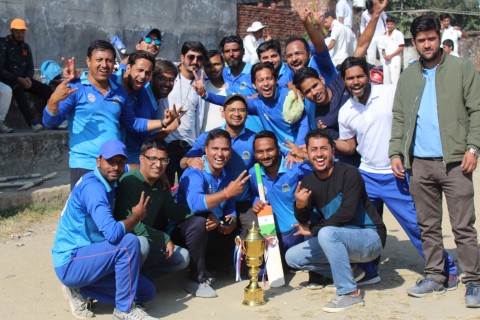 Upon winning the match, the captain of Tech Warriors Ankit said, “It feels so wonderful to have won the tournament after having missed out on three previous occasions. Every team played really well, but the better team won the final I guess. Thanks to the crowd for the cheers to boost morale and make the atmosphere electrifying.”

The Mobile captain Jitendra said during the post-presentation ceremony, “On behalf of Mobile team, I would like to congratulate Tech Warriors, you guys played very well in the finals. And to our Mobile Team, I would like to say, a successful team never loses... it either wins or learns.”

Prakash Negi from Tech Warriors was adjudged the man of the match for scoring crucial 32 runs in a low scoring match and destroying the opponents by taking four wickets. 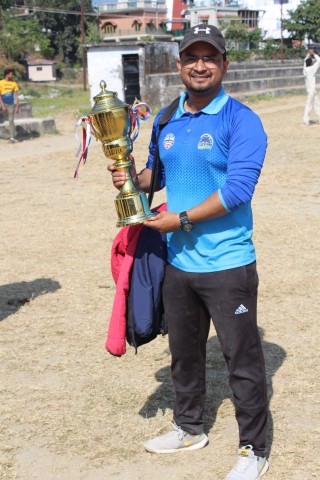 Vijay Sharma from PHP Royal Challengers was awarded the man of the series award for scoring massive 279 Runs and taking 12 wickets in the tournament. 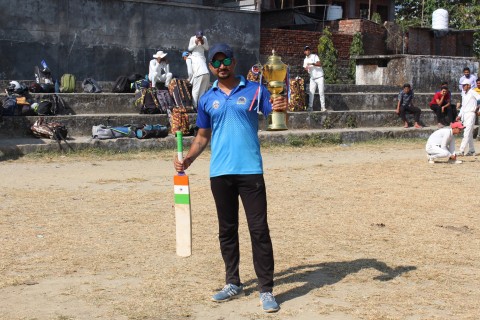 A well-deserved win for Tech Warriors. A special thanks to the committee members, including Shubham Mamgain, Sachin Joshi, Rakesh Pant, Qazi Raza and Lalit Pundir, who made it possible to successfully organize EPL for the fourth consecutive year.

Cricket is a team game and every team member, even the ones not included in playing 11 has a role to play. So, beyond just entertainment, it provides a brilliant opportunity to interact, make strategies where everybody has a say and learn how important team spirit is to achieve the set goal. The EPL impact helps employees bring those attributes to the workplace as well, and hence enhance camaraderie, efficiency, productivity and the quality of final outcomes.

A sincere thanks to Evon’s Founder Sumeet Arora and CEO Vijendra Chauhan to make EPL happen and let the employees go out and express themselves on the playground too. That’s all for now, I will be back with updates on season 5 to be played next year in one of the most reputed software development companies in India.