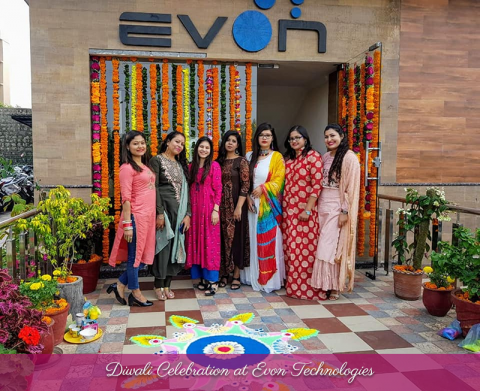 Evon Technologies organized Diwali celebrations at office for all of its employees, lifting the festive mood to the brim and bringing Diwali fun at the workspace. The mesmerizing rangoli, beautiful lamps, theme decoration on every floor and the sky-high enthusiasm among employees, who were all clad in Diwali ethnic wear, set the perfect tone to celebrate the festival of lights at office. 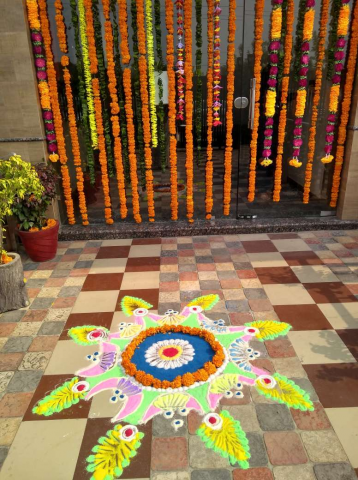 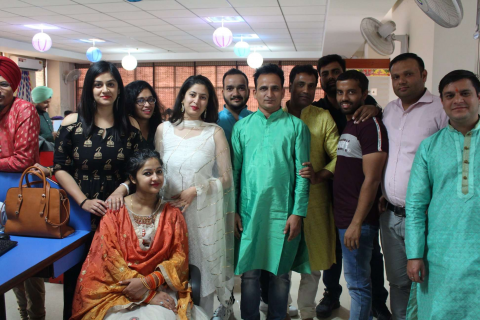 A Lucky Draw was also organized which made the office environment even more electrifying. There were various exciting gifts on display, like iPhone XR, Fitbit, Wrist Watch, Shopping Vouchers, Cash prizes, Bluetooth Headphones, etc. All employees picked one chit each one by one from a bowl and upon unfolding, got a gift that was printed inside the chit. Loud cheers and clappings ensuing after each gift being announced imbued the office environment with just right feelings and mood to celebrate the festival of lights. 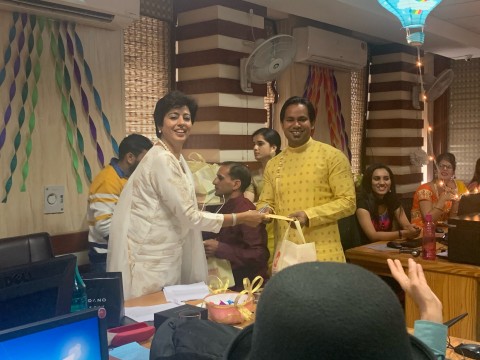 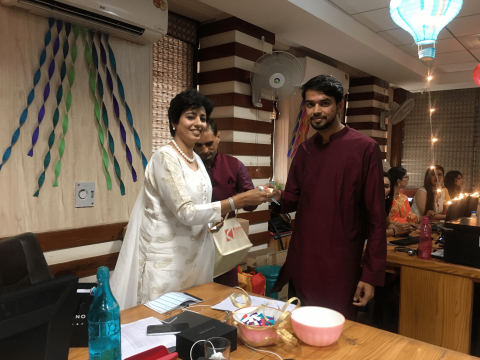 Winning the iPhone turned out to be very dramatic. Surprisingly, nobody picked the iPhone chit from the bowl and only seven chits remained in the end. So, another lucky draw was organized wherein name chits of all the employees were put in the bowl. Evon’s Founder Sumeet Arora picked one name chit and it transpired to be a very ‘lucky’ draw for Neelam Rawat, who was finally announced as the iPhone XR winner. 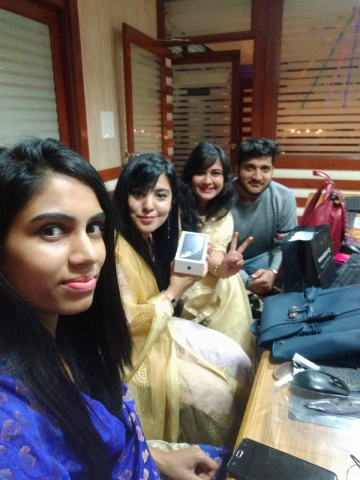 Diwali is the most awaited festival and symbolizes the victory of light over darkness, good over evil and knowledge over ignorance. Celebrating the festival of lights at office campus brings positivity and happiness in the lives of employees and Evon likes to do it in its own style every year.