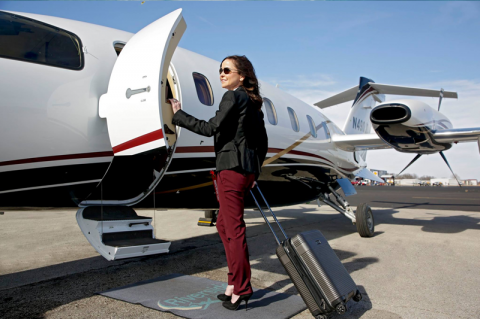 Two entrepreneurs wanted to build an aviation web app that would make air travel a rigmarole-free experience. The idea was to provide a better way to fly which would allow customers to travel from convenient private airports, book tickets even on the same day, arrive just 20 minutes before departure time and fly to their destinations in the shortest time possible. The air travel web app, currently just over a year old, is successfully providing users a professional class experience of flying and is on a fast-track route to success.

Evon Technologies, a software development company in India, helped the clients build the web app from scratch and facilitate a slick air ticket booking experience at all times.

Now, as nothing in this world comes without challenges, Evon also faced its share of challenges to develop the aviation web app from the ground up.

If weather conditions are not good enough for a plane to take off from a particular airport or there are changes in arrival/departure time or route, bookings should move to a new schedule and a notification should be sent to users about the changes.

Fix: The team allowed admin to update flight times, update planes, update new routes, etc. in Passenger Manifest Report. An automated system was created to move existing and new bookings to a new schedule and make it visible in the user portal. The system also sent automated emails to users after admin review, making them aware of changes in route plan, arrival/departure time or airport.

Managing the Number of Seats in the face of Schedule Modifications

In a peculiar use case, the system allowed booking for eight seats on a charter plane that had only six seats.

The team established that the system allowed booking for 8 seats after its schedule was changed. Actually, the plane was scheduled to fly on July 25, 2019, and the route was RVS-PWA-SGR-EDC-MAF. Two bookings were already made before its route was changed to RVS-SGR-EDC-MAF. Now, when the admin had applied the new schedule to the flight, the two old bookings didn’t move to the new schedule, hence the system was showing all six seats available for booking on that particular plane. In addition to two old bookings, the system allowed six new bookings on the same flight, which took the total number of bookings to eight.

Fix: Our custom mobile app development team realized that when changes were made in the schedule, it applied to future bookings only, whereas when done through passenger manifest, it applied to old bookings only. The team resolved the issue by adopting a new approach. Instead of making changes to an old schedule, the team expired it and created a new one. Now, whenever the admin expires an old schedule, the system prompts to move the existing booking to a new schedule. And, only after the old bookings are moved to the new schedule, future bookings are allowed on that flight, thereby not exceeding the actual number of seats available for booking.

One of the issues that cropped up was the unnecessary reduction of the number of seats available for bookings to different destinations on the same route.

As per the image below, the number of seats available for EDC-MAF is one when it should be four. 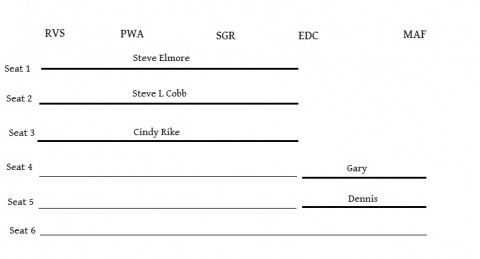 Fix: The team realized that something unexpectedly went wrong with the system which was not allowing to correctly adjust the bookings for EDC-MAF. To fix the issue, the team brainstormed and worked on Seat Math error fix. The issue was soon fixed by the team, facilitating optimized seat management and maximum seat utilization. You can see below that the number of seats available for EDC-MAF is four now. 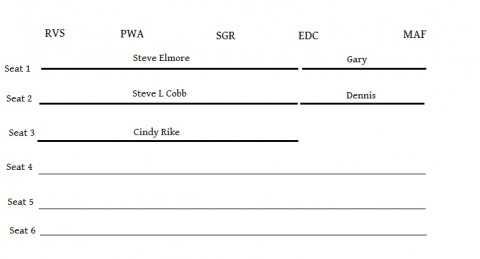 The number of seats available in the worst-case scenario now increased to 18.

The clients wanted us to create a system that allows each and every traveller to have customized membership & subscription as per their travel frequency.

Fix: The team split the design into two modules of Membership & Subscription. Generic fees were first added to membership details and were then automatically added to subscription details of users where further customization was enabled. Some of the fees could be waived off in some of the Membership profiles or for given users. Discount and Surcharge too can be added in Membership and Subscription to suit any particular requirement.

Custom Destination Fee based on Routes

After a few months, the clients realized that the same amount of the fee was being charged for both short period and long period of the journey. As it was not justified, they wanted to customize the destination fee.

Fix: Earlier design had only one Destination Fee for given user, and the same was charged on a different route even when the distance/travel time was more or less. So, as the clients requested, the team created a new design to allow Custom Destination Fee per User where they could have Route & Segment based fees. The team also built a functionality to update fees for all the users instead of going one by one in each subscription.

The development process kicked off on May 24, 2019, and the complete architecture was built from scratch. Our app development company in India made the  MVP (minimum viable product) ready in just a matter of two months. The aviation web app got a very good industry reception after having gone live for customers, making their air ticket booking and travelling experience way more convenient than traditional ones. The aviation web app's user base continues to rise and the clients are pretty happy with the way things are going. Evon is currently providing support for the app and helping with further advancements as nothing is constant in the software world.