Evon Technologies, a leading software consulting and development company in India continues to organize an inter-office cricket tournament, coined as  Evon Premier League (EPL), under its employee recreations and development program. Beyond entertainment, EPL has become a great means of fostering camaraderie, interaction, communication, and team spirit in Evon employees.

The first-ever season of EPL was organized in 2016, featuring 8 teams consisting of employees from various levels of work - from programmers to testers, marketers, business analysts, account managers and project managers. The final match of the EPL 2016 was played between Java Jaguars, captained by Dinesh Kumar and ROR captained by Ashish Gupta. The latter clinched the coveted title to be the first EPL winner. 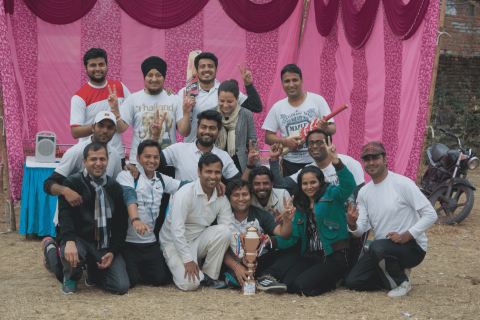 Upon winning the match, Ashish said, “Many players didn’t know each other very well as they hardly met each other at the office every day. But the way they have backed each other, coordinated, planned, strategized and grouped together to achieve the set goals is phenomenal.”

“It’s also so amazing to see everyone, irrespective of the gender, playing and cheering for their respective teams and making the atmosphere absolutely electrifying. We all hope that this EPL program continues in the same spirit for years to come,” he added.

Shortly after the successful completion of EPL season 1, Evon’s management and HR team decided to organize the over a month-long tournament every year. The second season of EPL was organized in the year 2017 and this time also eight teams participated in the group stage. The two teams that made it to the finals were ROR captained by Ashish Gupta and LS Dragons captained by Gaurav Rawat. ROR yet again won the final match, claiming the EPL title two times in a row. 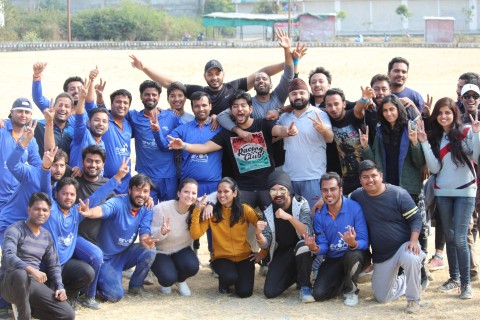 The latest EPL tournament, the third season, was played in 2018. This time the managing committee thought of adding more colours to the palette and make it quasi-Indian Premier League (IPL), the most popular Twenty20 cricket league in India. So, the committee decided to create teams through auctions for EPL 2018.

Six teams were created with 16 players in each team, and the players were sold and purchased by using the bidding system. Each player was given credit points based on their previous EPL tournament performances. Also, similar to IPL, a fixed budget was set for every team to trade players. The idea was to allow employees working in different technologies and teams to spend time with those they barely get to meet or speak to. And, the idea worked pretty well to enhance interaction and communication between Evon employees belonging to different clans. A new exciting flavour was added to fun and entertainment.

The third season of EPL had begun in September 2018. The teams that booked their seats for the final were Java Jaguars captained by Dinesh Kumar and Mobile Team captained by Jitendra Bhumiwal. Mobile Team won the final in a very close and nail-biting encounter. 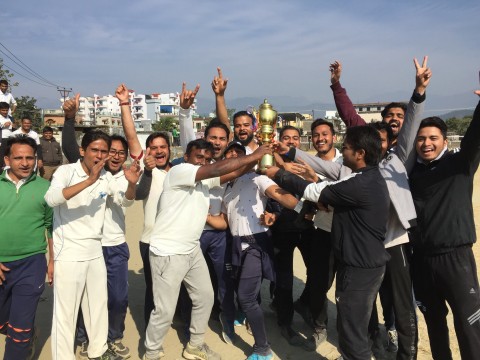 During the award ceremony, Jitendra said, “It’s not about winning or losing that matters at the end of the day. It’s more about spending some good time together and getting to know each other better. It’s so incredible to see how well EPL allows employees to get united and get so involved to attain a common goal.”

All the EPL seasons were organized in Dehradun only using Round-Robin format, whereby each team had played with all other teams in turns to score points. The top four teams with highest points got the entry into the semifinals and the two winners played the finals. A handsome cash prize and trophy were awarded to the winners and runner-ups in all EPL seasons.

The next EPL season is just around the corner, slated to begin in September 2019. The excitement wave has already started flowing through the air as Evonians are gearing up to participate in their favourite inter-office activity, which not just allows them to display their cricket skills, but interpersonal skills as well.