May 23 Posted by Staff Writer in Marketing 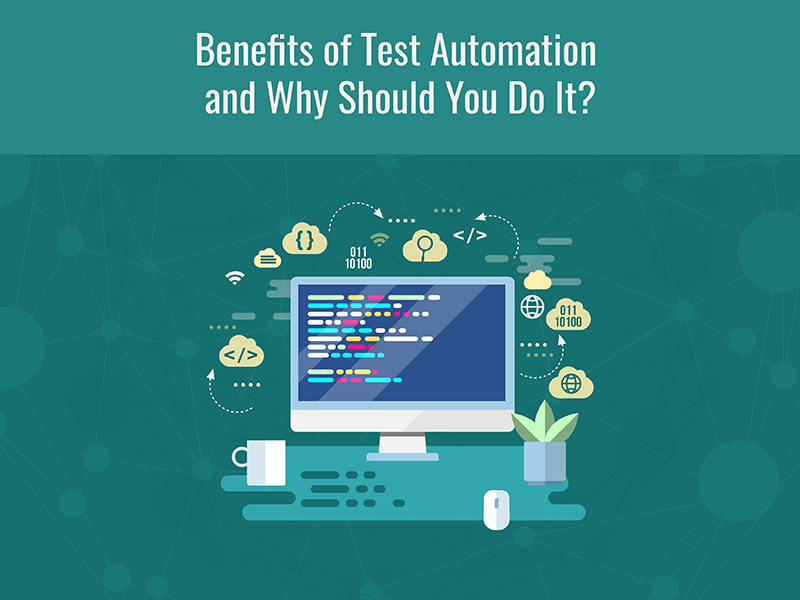 The only thing that is constant in a software product is the continuous and rapid changes. The hurry to deliver something new and unique before someone else does in order to grab more business sometimes backfires due to the lack of quality. The same is true for bug fix release.

The question is not if quality should be ensured before any release or not but how it can be achieved within the timeframe. I have seen immense pressure on the developers and testers to release the fix quickly.

I remember a classic example, which can help us understand where and how test automation can make a difference:

One of our teams started working on a healthcare application with a team size of 5 developers and 2 test engineers. The application went live after one year of development and testing efforts. Stakeholders also had some plans for future releases with new features. Gradually, the customer base increased to around 250 licensed users within 4 months. Things were manageable until the first release.

After a few months of the first release, the team realized that they needed to reduce the testing time duration in order to release the urgent fixes as soon as possible and not doing this can cost them losing customer base. So, the product owner decided to double the testing team size. Increasing the testing team size reduced the test cycle time but it was not sufficient enough to meet the demand of rapid delivery of new features as testers were still spending most of the time in testing urgent fixes. Following stats show testing efforts required for different test cycles. 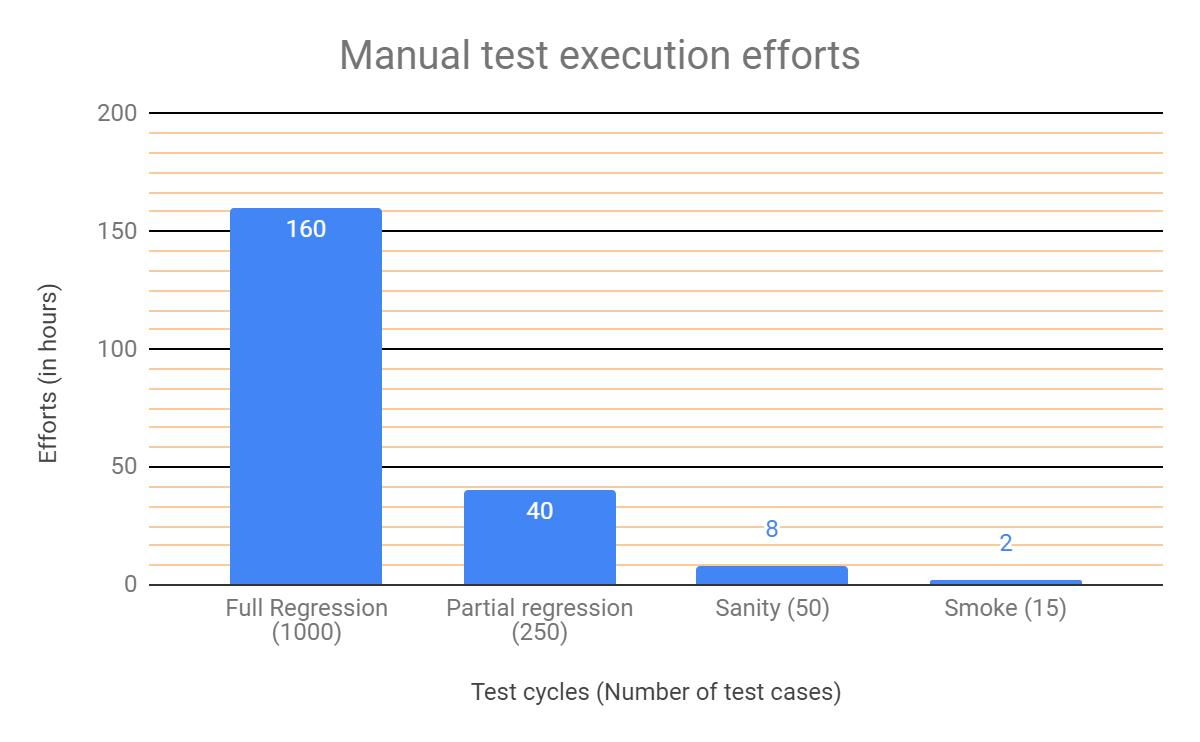 The major pain area in the above story is the waiting time during the testing phase. The testing time could be reduced by including automated testing in different test cycles. Evon suggested to create a priority list of test case candidates for automation based on the following criteria:

So, we started automating tests, first with smoke test suite then sanity, partial regression, and full regression. Gradually we were able to reduce the time spent during the testing phase.

Let's have a look at the comparative table to understand it: 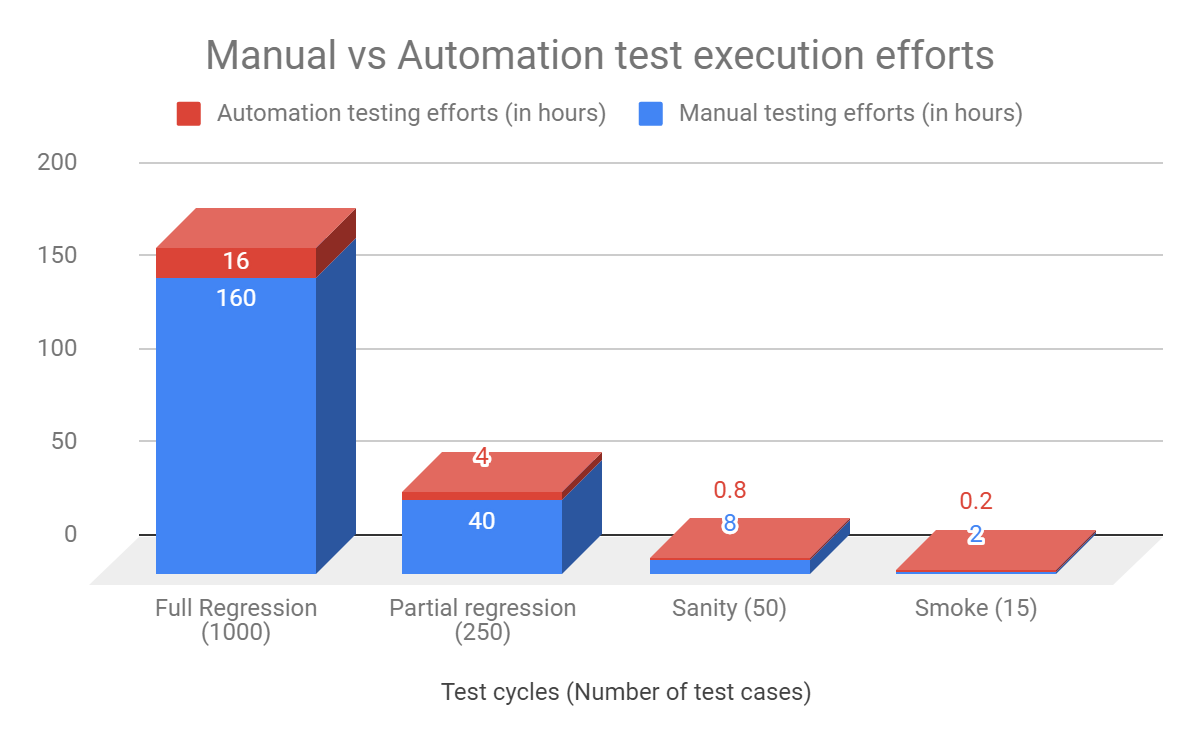 Above statistics clearly show that test automation reduced test execution time significantly. Now let us have a look at the complete picture by including time spent on test case preparation. To understand let us compare testing efforts for the sanity test cycle. 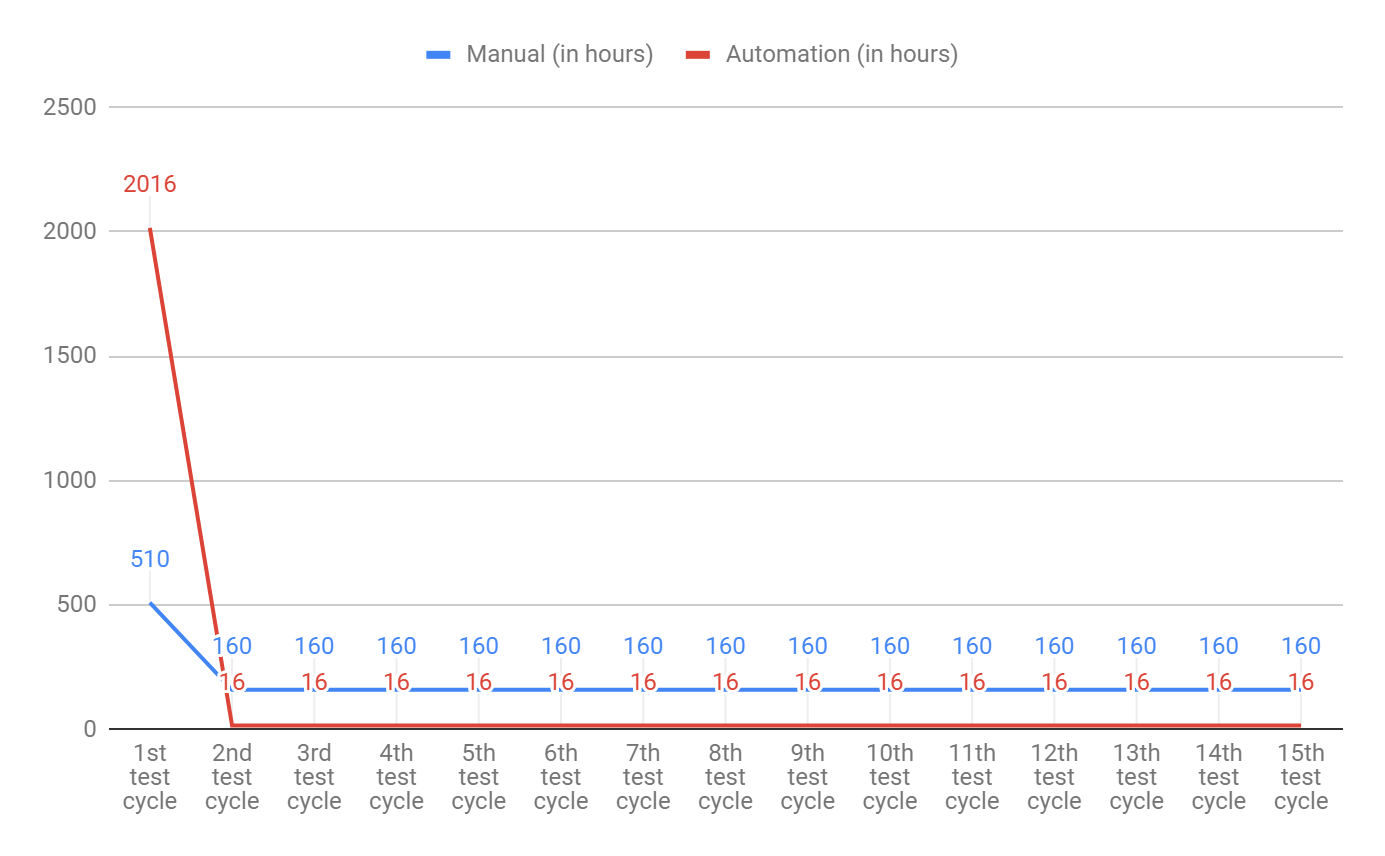 Other benefits of Test automation

Evon, headquartered in Dehradun, India, is a renowned company engaged in offering an array of software services. Quality assurance is one of the core areas of expertise of Evon, providing quality testing services to various happy clients across the globe for more than 10 years now.

Evon has the expertise in using various cutting-edge test automation tools available in the tech market. Since every test automation tool has its own pros and cons, expert testers at Evon first study the domain or the nature of a product and then pick the one that best meets the testing requirements of the product. Evon also helps you improve your overall test coverage by testing in and out of your software like the databases, UI, web services or APIS, etc.

With significant advancements being made in smartphones, tablets and new operating systems, test automation has become imperative to keep the pace with ever-changing demands. This is why more and more businesses are now adopting automated testing to boost their development initiatives. It’s true that manual testing can’t be sidelined completely as it is still required to run some tests that are not possible with automated testing. But, this is where Evon helps you establish what all types of tests should be automated to accelerate the test cycle and roll out new versions of your product faster. Choosing Evon will guarantee you reliable support across various hardware and software, test infrastructure as well as high test coverage.

Contact us for any query related to test automation services, and we promise to get back to you shortly.