“Don't knock the weather. If it didn't change once in a while, nine out of ten people couldn't start a conversation.” 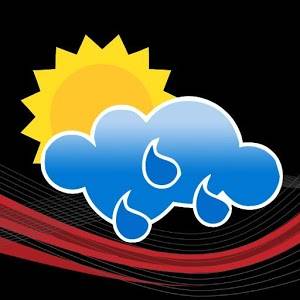 The weather Gods are the most unpredictable. Their blessing and fury are shown in the form of rainbows and storms respectively. Men have been trying to forecast weather conditions since ages. Back in the day, farmers, who could forecast weather conditions through their sensory systems and instinct, were granted important roles in the government. As technology took the word in its palms, all segments, including weather forecasting , became digital. In time, the unpredictability of the weather Gods started mocking the machines used to forecast the weather.  Intuitive weather experts with in-depth knowledge about places became vital, as a more human touch was required.. Our Application Development Company assisted our client in uniting human instincts with technology in order to produce an accurate weather application, Ron Roberts Weathernow.
Our erudite client conceptualized this application keeping in mind the false alarms raised by purely computer based weather apps. In order to combat this, he wanted to lend a human hand to the forecasting procedure. This came to effect in the form of Weathernow, which is run under the guidance of famous weather meteorological guru, Ron Roberts, and his staff. The team creates and updates forecasts in real time with the change in weather conditions. They center their forecast on local climate variability’s and geographical differences. The application acts like a preventive umbrella by informing us about possible storms or hail prior to their occurrence.

Weathernow fetches current weather conditions like temperature, wind speed and direction and humidity for the following 7 days. It communicates weather events in real time through its network of regional skycams and local radars. Application users can contribute, by posting weather incidents to Ron Roberts’s social media sites. These are integrated on the weather now website. Our application is available on both iPhone and Android. It’s compatible with iOS 4.3 and later and Android version 2.2 and later.

Download now from Google Play
The application was built using the iOS SDK for iPhones, iPads and iTouch. A Twitter API and Push Notifications were integrated for severe weather updates. It supports a media player that enables users to see broadcasted videos.  It was built using the Android SDK 8 for android devices. It contains a Weather Based Module, a Server Interaction Module and a Social Meadia integration. These ,aking it convenient for users to get genuine and timely weather updates. This application currently offers precise forecasts for 5 cities in the Texas- New Mexico region

The estrangement in relations between Humans and their Habitat is pretty clear. Floods, droughts, storms, typhoons and unpredictable rain patterns pay testimony to the same. The climatic chaos cannot be controlled. We can only pray for it to improve and prepare for the worst. This can only be facilitated by knowing what is heading our way. In the wake of this, we need to understand that mere machine predictions can lead to further chaos. Thus, our application, which is based on climatic research and human instincts, is the ideal tool that we require in the moment.

Our Software Development Company in India strives to aid you, in weathering the technological storm, in your pursuit of creating user friendly applications. Our teams in-depth attention to detail ensures that each and every deliverable is quality tested and performs to the best of its ability.