Is Language Agnosticism the Future of Software Development?

May 09 Posted by manmohan in General 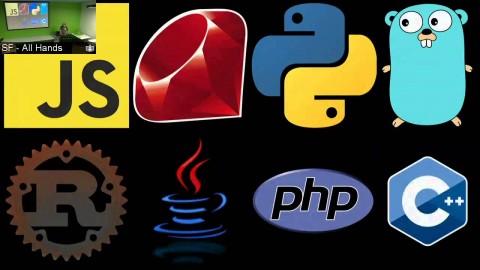 Language Agnosticism means choosing a language that best fits a particular task based on factors like ecosystem, developer skill-sets, performance etc. If you are a language agnostic aspirant, you need to transcend the boundary of a specific set of language.

Let’s better understand this with an example: If you hire Java developer, but you have a new development task ahead for which Ruby or Perl is more appropriate. So, despite hiring a Java expert, you decide to go with either Ruby or Perl since they best suit the development task you are going to take up. This capability of a software developer is called as Language Agnosticism.

Why Language Agnosticism is being touted as a boon to software development?

Software engineering is no longer restricted only to writing code. It requires much more than that, like finding an effective solution to any problem related to software development, script, algorithm etc. Software developers also need to know about language-agnostic interfaces for software development. Language Agnosticism gives software developers the much-needed freedom to develop apps in their preferred languages. Below are the benefits of being language agnostic:

You have been working as a Java developer or C++ developers for quite sometime and now you want to become versatile and stand out as a software engineer. The solution is to become a language agnostic, which will require you to learn other languages like Haskell or Scala. You will initially face problems learning a new language, but within a week or two you will begin picking it up. Once you get a strong grip over the new languages, your value as a software engineer increases by many folds.

A programmer is not using any object-oriented features in his/her C++ software development code and passing everything as a pointer. What do you make out of it? Simple, the developer is not programming in C++. Instead, the programming is being done in C using a C++ compiler. A language agnostic never makes a mistake of believing that learning a language is synonymous to writing code that compiles. He/she rather figures out what those things are and how to put them into the best use in that language.

Many changes have occurred in ECMAScript 2015, ÂÂÂÂ but it is yet possible to cross-compile any other language to ES5, though some will require a bunch of libraries to become as effective as desired.

When you know various languages, you tend to get the knack for finding quick solutions to future problems. The reason for this is well justified. Since you can think about your problem in several frameworks, chances are high for you to find a cleaner and effective solution to your problem.

Language agnosticism opens new avenues for software developers to enhance their programming skills and stand out to offer unique solutions to their respective clients or organizations. Your views are highly welcome in the comment box below.