Why use C++ for your data science business applications? 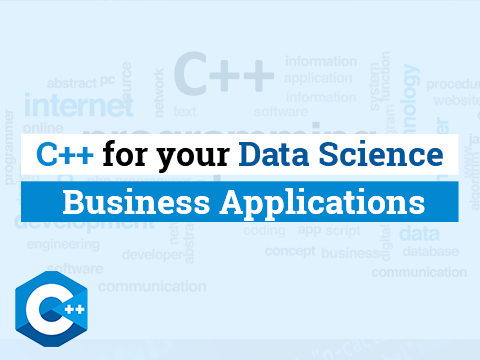 As more businesses showed the need for big data applications, developers are exploring new programming languages that could fulfill their needs. Some programming languages have been particularly accepted for data science, but this is something that is beginning to change. The number of data science applications on the market has grown exponentially over the last few years. However, the growth of these new applications fails to keep up with the market. This is the reason for the company's peaked interest in C++ WebSocket server options.

You may also read: Python Vs C++ Programming

What is Data Science?

Data science is a mixture of several tools, algorithms, and machine learning principles to identify hidden patterns from the raw data. But what separates it from what statisticians have been doing for years? The answer lies in the difference between explaining and predicting. 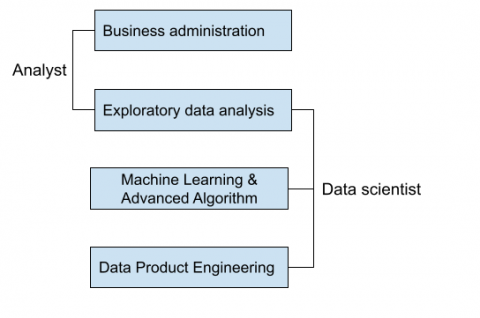 As you can observe from the diagram, a Data Analyst usually explains what is going on by processing the history of the data. Data processing is a process of turning raw data into computer-understandable formats. On the other hand, Data Scientist not only performs exploratory analysis to see insights from it but also uses different advanced machine learning algorithms to identify the occurrence of a particular process in the future. Traditionally, the data that we have is mostly structured and small in size, which could be interpreted by using simple BI tools. Unlike data in the conventional systems, which was mostly structured, today,  most of the data is unstructured or semi-structured.

A Data Scientist will analyze the data from every angle, sometimes angles not known earlier. So data science applications are essentially used to make decisions and predictions using predictive causal analytics, prescriptive analytics (predictive plus decision science), and machine learning.

You may also read: C++ developer for IoT application projects

Data scientists are considering various types of programming languages as they start exploring new roads for big data development. C++ software development keeps popping up in the data science space as it’s comparably simple, but the language is robust at the same time. When you need to compute huge data sets instantly and your algorithm isn't predefined, C++ comes in handy. Whenever C++ is used, pointers need to be used correctly and header files need to be complete. For dynamic load balancing or a highly efficient adaptive caching layer, C++ will be the best language to implement. There are several reasons why C++ is becoming more appealing for data scientists. Some of these reasons are outlined below.

When it comes to developing data science applications, the speed of the compiler is one of the most important characteristics. Therefore, it is rather unusual that C++ has been neglected as an excellent data science programming language. Considering the fact that C++ is the only programming language that can compile over a gigabyte of data in less than a second. As you can compile comprehensive data sets with C++ a lot more quickly, it is a great language for large, data-driven projects.

Modifying code for other languages is easy

Desktop applications in C++ usually need less capacity and electric power than virtual machine languages.  This helps to lessen CapEx and OpEx as well as server farm costs. In the matter of costs, C++ also reduces the total cost of development. When we talk about resource management, C++ provides features that other languages require. Further, you also have access to unrestricted templates to write generic code.

There are a lot of exceptional reasons to consider using C and C++ for data science and analytics applications. This can be great for processing large data sets very quickly, which is going to be very beneficial. It can also be very useful for developing new libraries that will be used in other programming languages for better data science solutions. C++ is the language that is used in a lot of places but largely in systems programming and embedded systems. By system programming, we mean developing the operating systems or drivers that communicate with hardware, and the embedded systems are automobiles, robotics, and appliances. On top of that, it has a big and rich community and developers, which makes the process to hire C++ developers and obtain online solutions easy.