Why Use C++ Programming Language for Cyber Security?

May 18 Posted by Staff Writer in Mobile Development 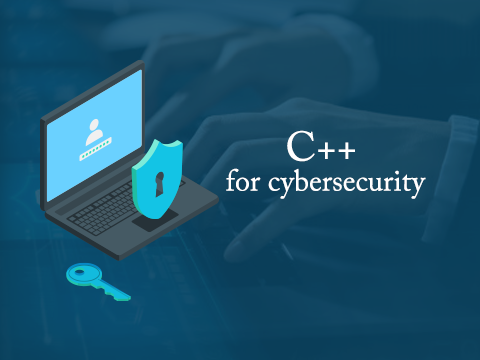 Cybersecurity refers to the practice of preventing digital attacks on systems, networks, or specific programs. Cybersecurity involves multiple layers of protection for computers, networks, programs, or data that need to be kept safe from attack, damage, or unauthorized access.

Cybersecurity is important because an increasing number of individuals and organizations, such as governments, military, corporate, financial, etc., use cyberspace to collect and store large amounts of data. This data often contains sensitive information, which if accessible to attackers and intruders can cause significant loss. This data could range from intellectual property to financial data or people’s personal information, and any loss or unauthorised access to such information could cause loss of capital, and sometimes, loss of individual identity.

Attackers usually target the data that is transmitted across networks. Usually, organizations are spread across the globe and transmit data over networks to enable faster decision making. Any data that is in transmission is vulnerable to intrusions or theft. Cybersecurity is a discipline that dictates the guidelines for protecting such data and the systems that store it. With evolving technology and computer systems, the field of cybersecurity has grown to include various components:

Many cybersecurity professionals might not know any programming languages at all. However, logic dictates that a cybersecurity professional should know at least one of the most popular programming languages. Most system attacks are made by those who have the ability to code, often brilliantly, and do so with malicious intent. So, if a cyber system has been “broken into” and “fiddled with,” there’s a good chance it was done through code. Countering such an attack would, obviously, require C++ development company with coding skills. Although many languages can be useful for a career in cybersecurity, C++ plays an important role. This is mainly because C++ is a powerful, low-level programming language that can access hardware and low-level IT infrastructure, such as RAM and system processes, which are often most vulnerable to hacking attacks.

Developed by Danish computer scientist Bjarne Stroustrup at Bell Labs in 1979, C++ is considered by many as a general-purpose programming language. Over the years, C++ has proved to be extremely useful for developing powerful applications such as video games, gaming engines, etc., and for programming CPU-specific functions. Several popular game companies like Bethesda and Rockstar, and game development engines, such as Unity, frequently use C++ development for several specific components and in some cases, for entire games. Other than this, it is often the language of choice for writing close-to-hardware code that can run as fast as the CPU. The fact that it can operate on system-level is one of the chief reasons why programmers look at it as the preferred language for preventing cyber-attacks and intrusions.

Because of such a hybrid nature of C++, being close to hardware and suitable for high-performance functions, C++ is used extensively in cybersecurity. It has been contended often that C++ is a powerful programming language that gives intimate access to a machine’s inner workings. These “inner workings” are features that are usually manipulated to exploit a program, or in other words, to introduce a security breach.

C++ is suitable for a broad range of programming tasks. Several programs of importance are written in C++. C++ is usually the language of choice to build codes that are highly flexible and highly performant. It is extensively used in implementing embedded code, operating systems, language interpreters and compilers, device drivers, and graphical programs. Compilers are available for practically every platform, making it a good choice when writing programs that must perform well across multiple platforms such as games, databases, and scientific or engineering computations.

Several million, or, maybe billions of devices around the world function using the C++ programming language. This includes systems such as Windows, Mac, or Linux operating systems. Thus, a potential attacker is much more likely to target a machine that has its core running on C++. Thus, C++ skills can be effective in preventing or counter-attacking cyber threats.

attractive to cybercriminals and particularly dangerous in their hands. A good understanding of C++, armed with the knowledge of assembly language, can give cybercriminals comprehensive insights into programs and their memory management. Thus, to counter such malicious endeavours, knowing the language can be rewarding for protecting your systems and data.

Cybersecurity with C++ at Evon

Evon Technologies has a history of providing the best-in-industry C++ application development services to its global clients. We don’t just develop applications in C++; we develop and maintain, for our clients, cybersecurity applications and tools aimed at keeping their systems safe, secure and immune to intruders. We have been rated as the best c++ development company in India. Get in touch with us to hire C++ developers or email at This email address is being protected from spambots. You need JavaScript enabled to view it. to know what we can do for you!