Blockchain Applications and Potential Across Industries (apart from cryptocurrencies)

Feb 10 Posted by Sumeet in General 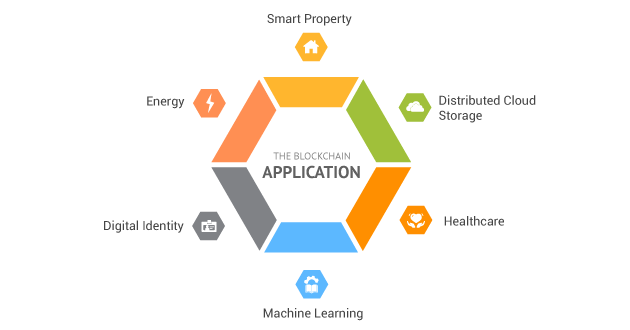 Blockchain is one of the most discussed buzzwords among tech entrepreneurs of today. Although the concept of blockchain was first introduced in 1991 by Stuart Haber and W. Scott Stornetta, the tech community started to realize its incredible potential after it gave birth to the first cryptocurrency and digital payment system, called Bitcoin, in 2009.

What led to Bitcoin’s success the most was a digital decentralized system that made peer-to-peer transactions possible without requiring an intermediary, such as a bank, for verification. Each Bitcoin transaction is verified by network nodes (members on the network) to prevent double-spend and added to a chain of blocks, called a public distributed ledger. The so-called Blockchain is nothing but this immutable growing chain of encrypted blocks.

For the better readability and navigation, here's a summary of what industries or applications we'll cover in this article. You can choose and jump to a topic of your interest or simply keep scrolling down the whole article as you read:

How Does Blockchain Work? 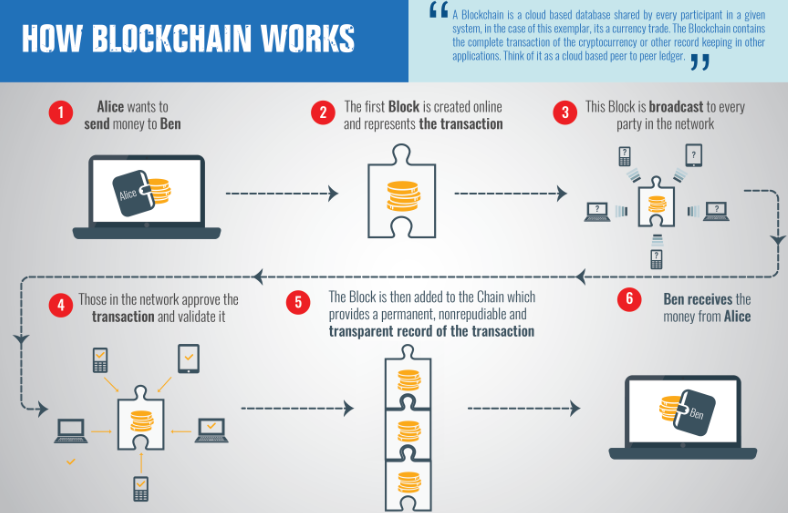 Once a block is generated after grouping transactions in it, miners compete against each other to find a hash that is accurate for that particular set of transactions. Once the correct hash is found, the miner distributes it, along with the hash of the previous block, throughout the network. After consensus of other members, the block is added to the most recent block of the block chain.

Each block in the blockchain is linked to the previous block and can’t be deleted or edited once added. Even a slight change in the block that was already verified and added will change the hash of the block, which the network will identify as duplicate and prevent the attempt to double spend. The blockchain has a complete record of transactions right from the genesis block to the most recent one, which makes it transparent and highly secured.

Private blockchain, on the other hand, allows access only after identifying and knowing the identity of users. Private blockchain are of more use to banks and payment services as it enables them to retain some degree of control and revenue potential. For example, NASDAQ uses private blockchain.

Blockchain technology was initially predominant in financial sector, but imaginative entrepreneurs are now developing more blockchain applications besides the currency. This blog attempts to explore areas other than cryptocurrency where we are likely to see possible uses of blockchain technology in coming years. 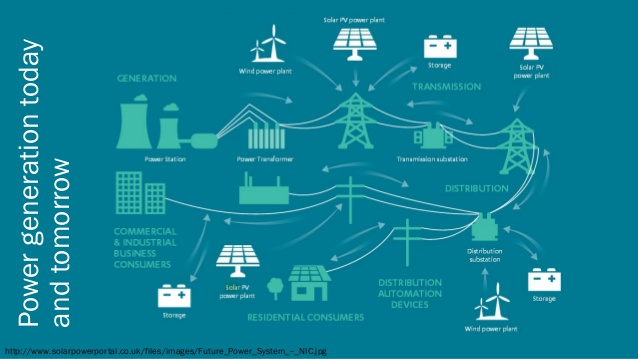 Blockchain is a very promising technology for the energy sector, as it removes a centralized authority for delivering energy transactions across a distributed network.

Using a blockchain platform like Ethereum or Ethereum Gold, a “smart contract” can be easily created between energy buyers and sellers to autonomously and securely regulate both supply and payment. If the customer fails to make a payment for energy consumed, the smart contract will automatically stop the power supply until the payment has been made.

Smart contracts are also capable of balancing supply and demand to effectively manage microgrids, virtual power plants, storage, etc. For example, the Brooklyn MicroGrid project by LO3 Inc. provides a blockchain-based decentralized system to energy providers to sell locally-produced electricity to their neighbours who don’t have solar photovoltaic (PV) panels. The project creates a local, neighborhood-powered grid that can be operated parallely to the main grid.

So, even if the main grid goes down, the microgrid will keep providing electricity to homes. It’s like turning homes into connected power stations. Besides, real-time metering of energy generation and consumption, and sending data across the network via Internet of Things (IoT) lead to collective and effective energy management.

Blockchain projects are also happening in European Oil and gas sector for faster transactions with reduced costs. Energimine is another blockchain initiative that aims at reducing global energy consumption by allowing individuals to buy and sell #Energy through its peer-to-peer marketplace using green energy tokens.

Another blockchain application that will help businesses is Distributed Cloud Storage. Cloud services, such as Dropbox, Amazon, and Google drive, are currently being offered as a centralized solution, which means that you have to trust a single party to keep your data safely. However, blockchain technology gives rise to distributed cloud storage, which makes it possible to keep your data with multiple parties, not just one. It also allows to rent out excess hard drive space, which will increase the currently available size of cloud storage by many folds and reduce the cost to store data.

Storj is a company that provides blockchain-based, end-to-end encrypted, distributed storage. It first encrypts your data, and then sends out to a network, as a measure to prevent data breach issues. Only you have the access to your data.

Blockchain technology also supports the concept of decentralized applications (Dapps), which can communicate with multiple servers or devices on the same network from any geographical location. Dapps can run concurrently on both the client side and within a blockchain based distributed network. The client side of Dapps is connected to the front-end and user credentials, whereas the blockchain network takes care of the processing and storage requirements. 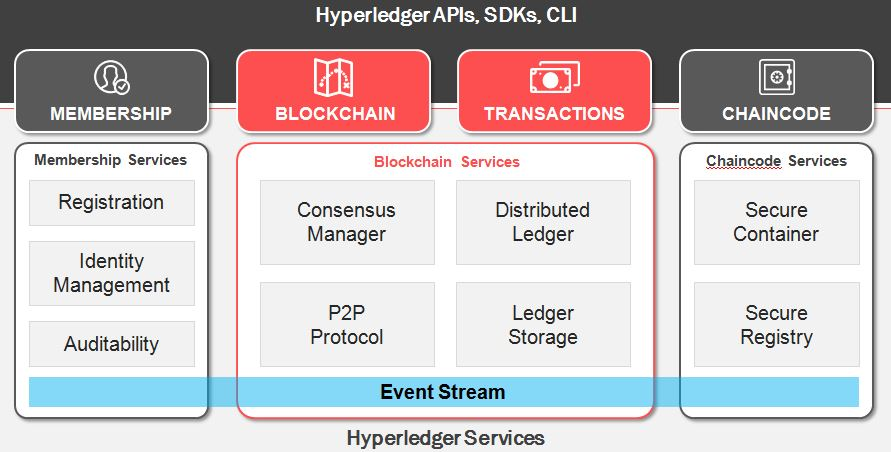 Blockchain technology also facilitates the creation of “Smart Property”, which tells who is the actual owner of a property, like car, phone, etc., without requiring a verification from any central authority. So, if an authority questions the ownership of your physical or non-physical property, you can simply show them numbers of blockchain confirmations that you are the rightful owner.

Blockchain technology and IoT will have to go hand-in-hand to make the concept of smart property a reality. If a report by Cisco is to believed, nearly 50 billion devices will come online by 2020, which if turns out to be true will make the role of blockchain technology very crucial in recording transactions and increasing coordination between devices. 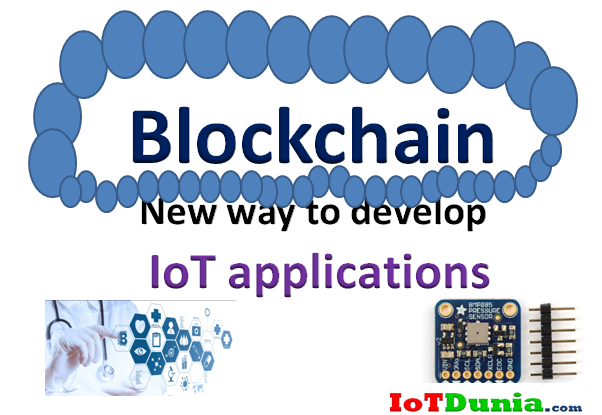 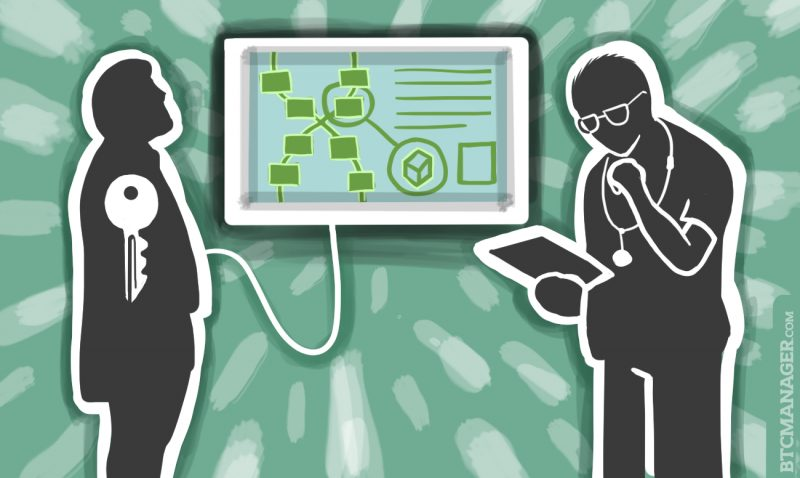 A decentralized system makes it possible to exchange a patient’s medical history, like blood group or a disease that the patient was earlier diagnosed with, with every health organization in a secured manner. So, if a patient was rushed to a hospital they didn’t have a previous relationship, a lot of time will be saved in understanding what disease the patient is suffering with and what type of care they need, which in most cases proves to be life-saving. Patients can also restrict their medical information to only a few members of the blockchain.

Blockchain technology also provides a fix for removing discrepancies and errors from active medication lists, a problem that is rife worldwide. If a patient has been prescribed a new medicine that they have discontinued as advised by another member of the care team, the blockchain provides the power to the patient to not let the edit to be added to the chain.

Since blockchain makes it possible to keep individuals and their records together, issues related to misidentification of patients can also be dealt deftly. Blockchain has numerous positive implications for health sector to ensure cooperative and long-term management of patients across multiple care settings. IBM Watson Health and the FDA have already collaborated to understand how blockchain technology could help the health IT infrastructure to grow and become more advanced.

The Proof of Work Concept

TensorBit ensures that the work is not fake and does not have more work than required for a particular machine learning problem by using the proof of work concept. Such an initiative helps find quick solutions for machine learning problems without having to spend hundreds of thousands of dollars to set up isolated high performance machines. Therefore, it could bring down the time to build actionable machine learning models, like training a self-driving car, from days to hours to seconds.

Currently, ML based batch data analytics takes place in the cloud, which is a centralized architecture. Fog computing has also become popular among IoT networks as it improves performance by a big extent. However, these architectures face challenges of accurate content distribution at every node. Blockchain could be the key here as it allows to create one trusted copy of the database to every participating node. Every entry in the blockchain database has to pass a consensus protocol and can’t be modified once added, which makes every copy trustworthy. 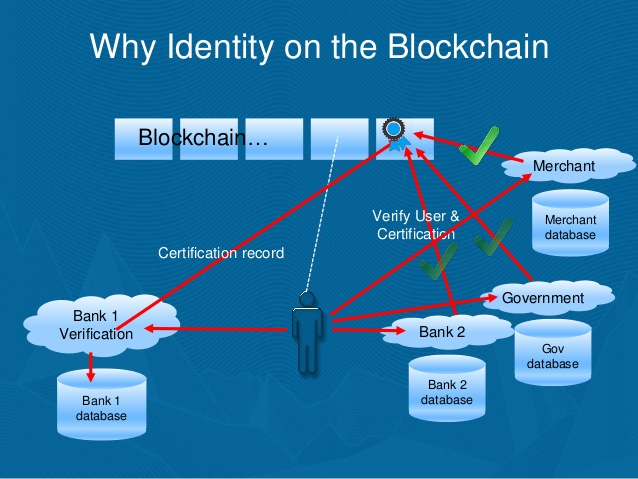 Blockchain technology also has use cases for digital identity creation, which provides individuals greater control over who accesses their information and how. Blockchain technology could also remove the complex know-your-customer verification approach that banks follow to identify their customers. It makes it possible to prove your identity to anyone in the world by showing them your list of digital identity transactions.

There is no risk of lost identity as the decentralized model keeps your ID everywhere in the network, therefore the failure of one element will not break the entire chain. 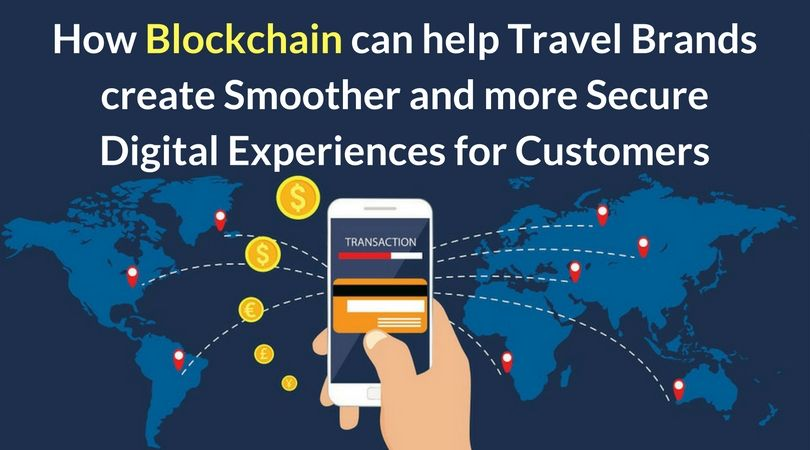 Blockchain technology could also prove to be a boon for the travel industry by allowing seamless management of flight, accommodation, transportation, and tour reservations through a smart contract-based DAO (distributed autonomous organization). Smart contracts make it possible for travelers to always stay on top of their travel plans by easily tracking, orchestrating, and updating changes in travel details.

Travelers are often concerned with document security in a foreign country. Using a blockchain based decentralized storage, travelers can store their important documents that are required during their travel in a secured way. Besides, they can make payments using a cryptocurrency, like Bitcoin, or exchange it with any of the fiat currencies without a hassle.

Blockchain also addresses the issue of double bookings as every transaction in the blockchain is recorded using timestamping after a consensus from the members in the network, and they can’t be reversed or edited once recorded.

Mitrav is one blockchain-based travel app which makes it easier for travelers to find like-minded people to travel with and easily book hotels, restaurants using cryptocurrency like Bitcoin. The app aims at reducing the culture and communication gap by providing multiple language support. A smart contract-based chat feature in the app also allows to reach an agreement with other travelers and agents. You can also send payments using the chat feature without worrying about currency exchange and rates.

Digital Notary or Proof of Existence 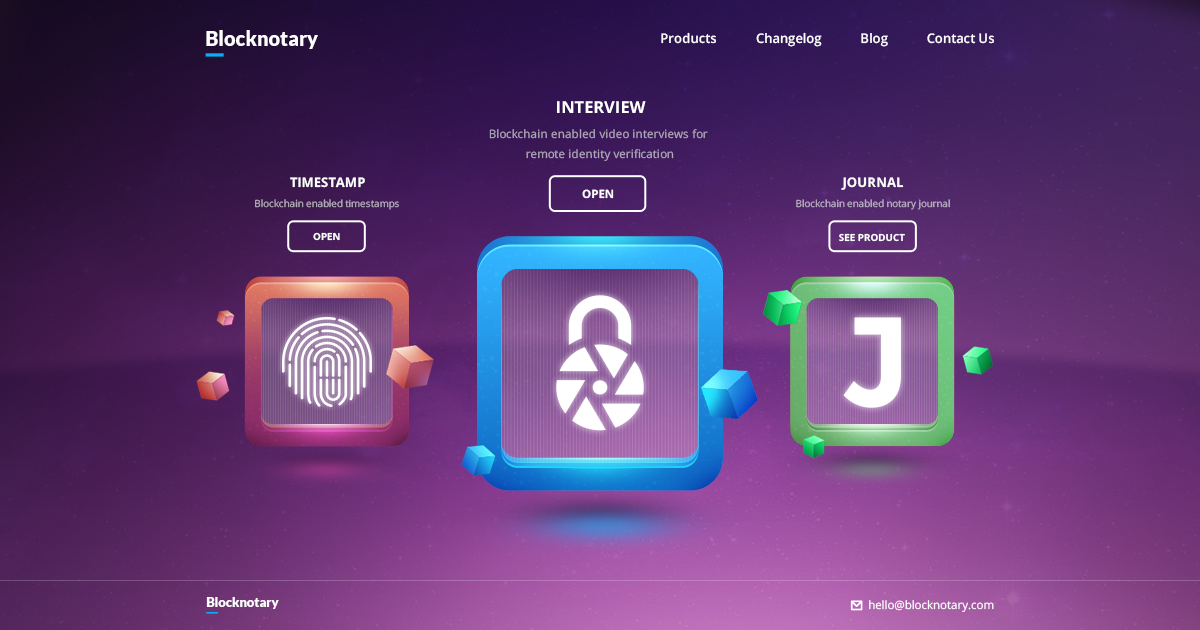 Another interesting application of blockchain could be digital notary, which means a decentralized system that obviates the requirement of a central authority to certify documents. A user can simply upload a document and get a cryptographic proof for existence. Blockchain has the timestamp feature which allows users to prove the existence of something at a stated time. As blockchain is a distributed database, it certifies your document after a sort of consensus from other nodes in the network.

“Basically, by inserting the cryptographic hash of the document in a transaction, when that transaction is mined into a block, the block timestamp becomes the record’s timestamp”, says Manuel Aráoz, a Buenos Aires, Argentina-based developer, who built Proof of Existence as a decentralized method of verification, a kind of cryptographic notary service.

There seems to be no end to the applications of blockchain technology, with many more lined up as commodities, gaming, gambling, E-voting, job market, media & content management, real estate, social networks, ridesharing services and many more. More on more tech startups are now accelerating on this disruptive technology to create new business models and bring new possibilities to their businesses. A lot still needs to be done though in the next few years to bring blockchain to the mainstream.

Which application of blockchain technology would you like to see in the future? Do you want to add more to the discussion? Please share your views in the comment box below.