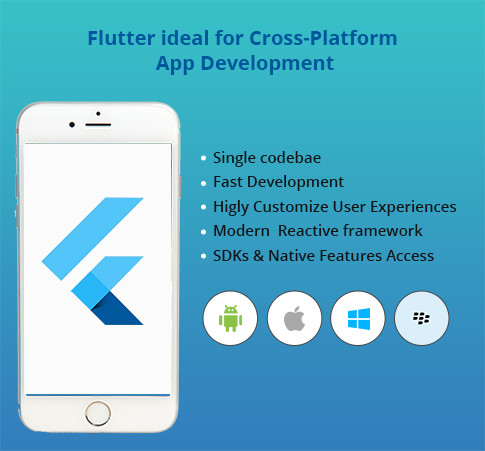 Technology advancements have made our lives so easy that we can easily find solutions to our different problems with a mere touch or swipe of our smartphones. The same holds true for mobile app developers as well.

Owing to ongoing technological advancements, custom mobile app development no longer requires developers to toil hard at building different versions of a native mobile app just to ensure that it works seamlessly on different mobile platforms (Android and iOS). Developers can use a single codebase to build superior-quality apps for Android and iOS instead.

Writing different codebases to build different versions of a mobile app is not just laborious, but very time consuming and expensive as well. Thanks to the advent of cross-platform mobile app development tools for empowering developers to build native apps that feel equally at home on different mobile platforms.

When we talk about cross-platform app development tools, Facebook’s React Native comes at the top. However, in this post, I am going to throw light on a new entrant from Google called Flutter, an open-source software development kit (SDK) to build native apps for Android and iOS. Flutter was launched in 2017 and saw its first stable release come out in the market in December 2018. Although very new, Flutter has already started to gain traction and become a recent trend among native app developers. Let’s catch the grasp of, why?

What all makes Google Flutter a Highly Promising Cross-Platform Tool?

Flutter enables fast and dynamic UI development via its rich UI set, called widgets (Material Design for Android and Cupertino for Apple). UI development with Xamarin is very time consuming, which is not the case with Flutter. Flutter provides Hot Reload feature, similar to React Native, which allows developers to make changes in the code and see them right away (in milliseconds) in the app. So, using Flutter, developers can easily and quickly add features, fix bugs and experiment with the app’s look without having to restart the app and wait for long to check the effects.

Flutter uses the Dart language, unlike React Native that uses Javascript. Yes, developers would have to learn Dart to use Flutter, but the relief comes in the ease of learning. Any developer with experience in Object-oriented programming (OOP) languages, such as C++ and Java, can easily learn Dart and start using it. 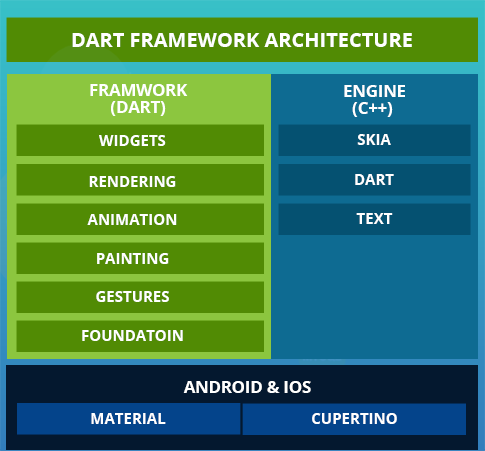 Flutter apps are compiled “ahead-of-Time” (AOT) into native code for multiple platforms, which helps improve overall performance and eliminate issues that arise because of the need for a JavaScript bridge. Since Dart doesn’t rely on Javascript bridge, it greatly reduces the app startup times as well. Dart also uses Just-in-Time (JIT) compilation which supports the Hot Reload (a feature discussed above) capacity of Flutter to expedite the development workflow. So, Flutter provides the advantages of reactive views without relying on a JavaScript bridge.

The beauty of Flutter is that it allows you to add new widgets and customize the existing ones as per your wants and needs to delight users. So, you can easily try a different look or feel that you think your users will love or to match your company’s brand. Custom designs have become a trend in custom mobile app development in the past few years, making Flutter a very interesting framework to use for cross-platform mobile app development.

Perfect for an MVP

Flutter is perfect to build an MVP due to its fast development process for both Android and iOS. Start-ups can quickly build a product using Flutter and show it to users and investors to test their assumptions and figure out if they’re on the right track. Testing time is also less since developers are required to write automated tests only once for one codebase. Flutter also saves the costs of developing and testing two separate apps.

Similar to React Native, Flutter’s architecture is based on reactive programming. In a nutshell, Flutter apps react to user input by changing variables/properties (in simple words, the ‘state’ of the screen or view), and the re-rendering of the UI takes place based on the new state.

Flutter apps have the same look even on old versions of Android and iOS. There’s no requirement for compat libraries as the widgets and the renderer for those widgets are the part of your app. All Flutter apps run on Android Jelly Bean or newer, as well as iOS 8 or newer.

Flutter scores higher than React Native when it comes to facilitating the documentation. Developers can use them while documenting their applications, which adds ease to their work life. Besides, Flutter offers extensive IDEs and tools along with React Native support. Flutter is also compatible with Visual Studio Code and Android Studio, which makes the framework a top choice to use for creating beautiful and efficient native apps.

More and more businesses are now embracing Flutter with both arms to build native apps that take less coding time and deliver supreme performance. Reduction in app development cost, increased productivity, faster market reach, code reusability, ease of implementation, etc., are other important factors that make Flutter a very good choice for native app development. Some of the established players that use Flutter are Alibaba, Birch Finance and Google AdWords.

React Native is already seeing Flutter as a close competitor. Yes, since Flutter is still very new, businesses could be wary of using it due to stability and reliability issues. But then, it’s Google that’s behind Flutter, so we could expect the framework to become even more stable and reliable with further iterations in the near future.

Evon Technologies has an expert team of developers who have demonstrable experience of using React Native and can efficiently adapt to Flutter for creating attractive cross-platform apps. Whether you’re a start-up looking forward to creating an MVP or an existing business looking forward to shifting to Flutter, contact Evon Technologies, we promise to get back to you shortly to get you started.