How App-Development Companies in India are Helping Startups 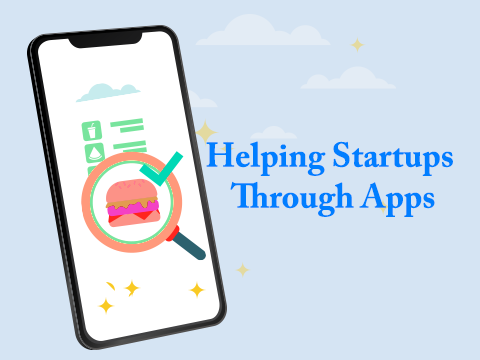 The start-up culture is growing in India, despite having come into existence recently. And it won’t be wrong to say that this unprecedented growth has been aided greatly by technology. Technology has pervaded into almost every sphere of our life, and its most significant impact is seen in the world of business. The advent of technology has not just ‘enabled’ proliferation of businesses. It has actually brought many new businesses into existence and given people with limited or no resources a chance to turn their lives around as long as they had a brilliant idea.

In the year 2019 alone, over 1300 startups were added to the Indian Economy, taking the total number to over 8500. According to Nasscom, India is currently the third largest  startup ecosystem in the world. The report suggested that the startup explosion, so to speak, has also created about 240000 new jobs, direct or indirect.

India is a diverse country, with the second-largest population in the world. Needless to say, any business is expected to bring in a profitable revenue as long as you know what the people of the country want. If you have the right product, or service, you will find customers.

However, in such a widely distributed country, networking becomes difficult. Communicating with large masses and trying to understand the requirement of each and every person is not always feasible, at least not manually. Maintaining supply chains can, too, become arduous as the scope of such chains increases. Direct customer interactions might not always be the solution. This is where technology comes in and takes the front seat.

Increasing number of Internet users in India and Apps

Although the inclusion of technology into business is not something new, the usage of apps is. This has largely been brought about due to the increase in the number of smartphone users across the world, and of course, India. Thanks to the stiff competition among Internet services providers, data is pretty inexpensive in India and the number of people using the Internet has grown multiple times. This has opened up avenues for more and more businesses to go online and monetise apps.

The proliferation of apps into the business world, at least in the Indian context, has helped businesses grow in two ways: expanding the existing businesses and helping new businesses come into existence.

How apps have helped businesses evolve

Several businesses that operated on a one-to-one interaction basis have now moved online. These include eateries, shopping outlets, taxi services, consumer goods, health products and services, etc. The list is endless. Through their own customized apps, they have been able to capture a greater market share and reach more people. Businesses earlier operating in a limited area have managed to reach a much wider audience and geographical area.

The expansion of existing businesses has created many layers of operations that did not exist previously. This gap, and its potential profitability, has created opportunities for new businesses that can fill this gap up and profit from it. Food-delivery apps, such as Zomato and Swiggy are prime examples for such businesses. They (through their apps) provide a powerful interface between customers and the restaurants around them (using GPS and Maps) and offer a list of the best restaurants (based on reviews) in the proximity, the food they offer (menus), and finally get the food delivered. Another similar approach in the cab-for-hire category has been taken by ola cabs, which, through its app, lets you know the cabs that are close to you and lets you hire them, even displaying an estimated price based on your intended destination.

Startups based on new ideas are common too. One such example is the online tutorial business that has grown rapidly. Many new platforms have come up where anyone who wants to learn, just about anything, can log on and get started.
Another area where apps have been instrumental is the communication business, which are usually aimed at connecting people. Numerous business startups have successfully attempted to build new platforms where people can connect and exchange information.

One of the most important contributions of custom business apps has been the significant reduction in costs that it has brought to logistical and operational costs. Now, when one thinks of setting up a new business, he or she does not have to worry about finding a (big) space, setting up multiple workstations, etc. In an app-based business environment, the employees of a business can be located in a distributed environment, just like the customers.

The significance of app development companies is not hard to imagine in a scenario where more and more businesses are moving towards an app-based approach. Such companies have become the backbone of this new, developing economy, which operates, majorly, on apps. There is an infinite potential for business in India. Several people, every now and then, come up with an idea that could explode into a real, profitable business. The software and app-development companies are the ones whom they approach—that is their first ‘portal’ into the world of business. These companies do not strictly operate like service-providers, you know, “just tell them what you want and they will build it for you”. They would rather help you redefine your app-idea in a way that could turn your business into something much more profitable and exciting than you had earlier imagined.

Such companies have been essentially instrumental in bringing about a significant disruption in the marketplace. They provide a platform to just about anyone to connect with their potential customers, or see a business possibility and harness it using the internet and smartphones.

Evon Technologies, located in Dehradun, Uttrakhand, offers expert solutions to your business app development needs. We have been developing high-performance, requirement-specific apps for businesses since 2006. We have been consistently ranked among the top app- and web-development companies by multiple sites, such as Topdevelopers, Selectedfirms, Topfirms, Softwareworld, etc. We work on multiple technologies, Java, Objective C, Swift, etc. and for multiple platforms—Android, iOS, Mac, Windows, etc. We specialize in multiple business domains, such as content; enterprise integration; e-commerce; banking and finance: logistics, delivery, and tracking. Our exploratory and comprehensive approach to developing apps for the business needs of our customers ensures that their ideas are turned into efficient, high-performing realities, while making sure their intellectual property is kept safe with our NDA policy. Get in touch with us to hire mobile app developer in India or email at This email address is being protected from spambots. You need JavaScript enabled to view it. to explore how we might be of service to you!