Importance of Load Testing for Your Web, Mobile & Business Apps 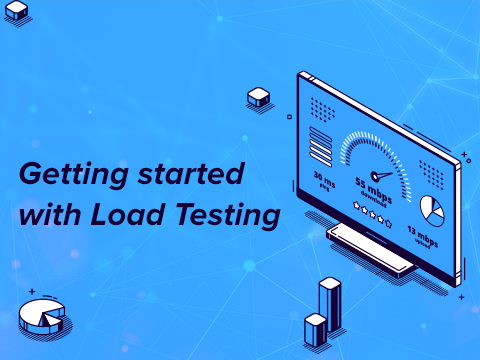 When a software development project is about to complete, it likely will have gone through various tests, especially in an Agile development environment where testing and development take place simultaneously. No matter how many tests you've run, once your app is developed completely, there is only one way to find out for sure if your software can handle the expected traffic of end-users or not. The process is called load testing, and you can use a mobile app performance testing tool to perform this test. Load testing is a type of non-functional testing, a process of placing simulated demand on a mobile/ web application or website so that it tests or illustrates its behaviour under different conditions. Load testing comes under performance testing done by performance testing tools that define the performance of the system in real-time pressure situations. Load testing benefits include ensuring that the application functions satisfactorily when multiple users try to access or load it at the same time.

What is Load Testing and its importance?

Like mentioned earlier, it is a performance testing method that simulates a real-world load on any software, application, or web app.  It analyses how the system behaves under standard and high loads and concludes if a system, part of the software, or computing equipment can manage high loads produced by huge demand of end-users.

By definition, load testing refers to testing an application as a subset of the software performance testing process. It involves various other types of tests, such as stress testing,  spike testing, soak testing, endurance testing, volume testing, and scalability testing. Software and web apps that perform poorly can hurt conversions rate, sales, and most importantly, ROI. Even a few seconds of downtime can influence a business bottom line.  A survey conducted by ITIC  in 2017 found that an hour of downtime can cost a large organization over $100,000 per year. If you take into account specific industries that work with high-volume transactions, like financial services, software development companies in India or large e-commerce companies, the influence is likely to be more notable and can surpass millions of dollars per hour.

Load testing reproduces real-world situations on your sites, applications, and systems. Developers can estimate the limits and obtain insight into the metrics through the knowledge gathered during and after the load testing process. It can help them answer several key questions, such as:

There are several benefits of load testing as listed below:

Load testing lets you determine the number of users your application can handle. It helps in defining the need for more infrastructure in case there is a need for scaling the application.

Reduction in cost due to failures

The shortcomings during production can cost a large sum due to unavailability of application or any other such obstacle. With load testing into the motion, the bugs can be stopped before they appear decreasing cost implications caused by any failure.

Load testing provides you with a better understanding of an application’s weakness when it goes live to the end-users. The high amount of traffic problems can be solved beforehand to reduce the system downtime significantly.

With a decrease in system downtimes and capacity to serve a large number of customers, the overall customer fulfilment with the application improves that makes users return to the application more often.

Load testing for web applications or websites during the development process can reveal common bottlenecks, like CPU, memory, and network usage. It allows developers to address these concerns before beginning to code or pushing applications into the production phase.

You may also read: How does Test Automation help accelerate Release Cycle and increase ROI?

Let's discuss a few best practices for load testing that you can implement to maintain great user experience.

You may also read: Key challenges of performance testing 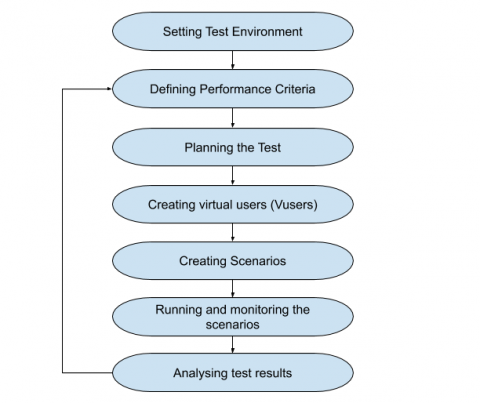 The process of load testing involves the following steps:

The next step is to define the performance metrics for the load test and settle the success criteria. Additionally, you can include defining fair limits on throughput, response time, and transactions.

Test Plan is as important as a development plan. It involves developing a precisely defined load test strategy and setting up the test environment.

A scenario is a combination of tools, scripts, and Vusers that operate during a testing session.  For example, in an automated load testing tool like Jmeter, scenarios are generated using the Jmeter controller. The scenarios could be of two types: manual and goal-oriented.

The traffic on the server is replicated by driving multiple Vusers to perform the tasks simultaneously. To run the scenario, scenario configuration and scheduling need to be set up. The scenario could also be observed using the testing tool's online monitors such as run-time transaction, system resource, Web resource, network delay etc.

The final step is the most important one in the load testing process. In this step, the tester examines the performance bottlenecks using charts and reports produced during running the scenario. You may have to redo the test after fixing bugs identified in the earlier load test.

Load testing is a crucial part of the software testing process as it assures that the software functions to deliver high user satisfaction. A successful load testing will eventually help to release high-quality applications. We would recommend it to anyone implementing changes in web, mobile and business apps even looking to implement game development testing. The outcomes of not testing aren’t worth the risk. Missing out on load testing your apps can cost a lot of money, distress and negative feedback from customers.

One of the services that we provide at Evon Technologies include Independent Software Testing Of Mobile & Web Apps  that comprises Automation testing, Manual testing, Load and performance testing and Security testing. In our Load and Performance Testing, we provide true, user-centric performance testing that’s simple to apply.  We check the responsiveness of your system under minimal load and ideal conditions while measuring application response to sudden spikes in traffic volume. Know more about our testing services? Reach us here or Email us at This email address is being protected from spambots. You need JavaScript enabled to view it. and share your requirements with us.