Why use Node Js development for IoT applications? 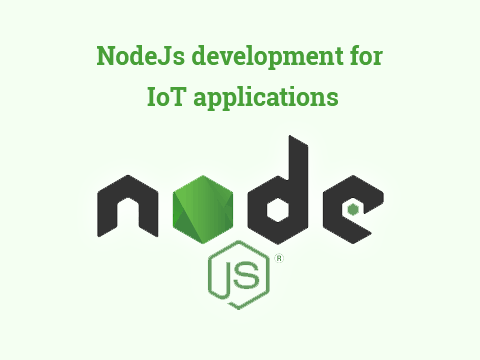 IoT technology is still relatively young and IoT application has emerged because the market demanded the ability to control various devices, equipment, sensors, etc. Every device came with its interface and there was a need for a unified system that would endure heavy loads of information. Today more than 50% of companies include the Internet of Things in their product development process. More and more developers look for the most optimal methods to create IoT applications, using the best programming languages and tools for IoT application development. As it is a quite new area, there is no ultimate solution, most of the software developers and best hosting service have realized that Node Js development services can play a vital role in developing IoT projects. In this article, you will learn about using Node.js in IoT and why it is the future of IoT application and platforms all around the world. It is for businesses out there who are a bit confused about which platform they can utilise for IoT development.

You may also read: 7 Important Factors to Consider for IoT Software Development

In 1999, IoT came into existence with Kevin Ashton’s idea of an RFID chip which he intended to use in supply chain management at Procter & Gamble. Years later, the same idea saw a reinvention as the internet became increasingly accessible across the world. According to IoT Analytics, the global market for the Internet of Things is expected to grow 37% from 2017 to $151B. Because of the growing pace of IoT, those calculations have been revised upwards, and it is currently expected that the total market will reach $1,567B by 2025.

The critical factors for IoT growth are the following:

Although there are numerous technologies involved in designing an intelligent connected system, The question is what could be the best possible platform which would ensure that the organizations are prepared and ready to use it?

Why is Node.js an ideal solution for the Internet of things?

In everyday life, we pass by a lot of people wearing smartwatches, now more than ever. Be it smartwatches, microwave ovens, washing machines, and even homes. All of them can harmoniously connect to your smartphone.  You just have to install an app that helps you manage tens of processes that your smart devices are engaged in.  This is where the charm of IoT begins, it lets you connect your mobile app with all the smart technology surrounding you in real-time.

We have all kinds of programming languages to create such solutions. Python, Java, C ++, Ruby, all of them can take care of building IoT platforms and do an excellent job. But, as far as programming languages that were made particularly for such kind of development, all of them hide in the shadow of JavaScript, which works the best for developing IoT applications. JavaScript itself is not perfect, but the inclusion of Node Js development makes it relatively better.

Node.js has a multimillion community of Node Js developers for web project ideas, a great number of libraries and the capability to work stably on heavily loaded projects, without taking much of a server’s resources. Node.js is an environment that executes on the server’s side.  It is extremely powerful, and at the same time, easy to learn the tool that developers use for creating big and multifunctional projects. Here are some major reasons to use Node.js development for IoT applications.

The topmost advantages of using Node.js in IoT application development is that it is fast-paced and executes in a real-time environment. Node.js comes with NPM (Node Packaged Modules) that has more advanced repositories to meet the IoT needs. Packed with V8 engines powered by Google, Node.js compiles JavaScript into a native machine code that provides extremely fast execution. The NPM repository involves over 80 packages for the Arduino controller and multiple packages for the Fitbit and Pebble wearable devices. Additionally, it also contains several built-in architectures for Bluetooth devices and sensors.

Integration is one of the factors that IoT relies heavily on. If you’re developing an application that readily integrates with the current data services, the possibilities of adoption rise significantly. The integration is executed at the backend level. Node.js supports the MQTT protocol, which is generally used by IoT applications to interact with each other. Using Node.js lays a solid foundation for your application to easily connect it to independent and 3rd party services and prepare it for integration across environments. It’s similar to the ability to connect to the Uber app, nest doorbell, and Smart TV seamlessly, creating market opportunities for your project.

IoT devices are abundant in numbers. In 2020 alone, the calculated number of IoT devices reached 20 billion. Managing such a massive network of devices requires heavy computing powers that can become a roadblock for the project as the prices rise exponentially. Node.js has lower runtime, which means it uses fewer resources to run the same application built on other popular technologies such as Java or Ruby on Rails. For example, an 8 GB RAM device can handle 4000 concurrent connections at a time considering each thread takes up 2 MB of memory, using traditional web development techniques.  With Node.js, the same device can handle 1 million concurrent connections.

Systems, tools, things, and sensors support for working Node on ARM platforms and processors. Unnecessary to believe that it works on all kinds of Edge Devices – Gateways, Concentrators, Routers and any platform that supports Linux is expected to support Node. What this shows is that developing a distributed software system across your workflow, especially in IoT, Node and Javascript help you to build a comprehensive end to end application. The capacity to develop a distributed software system also supports working “cloud” apps on the edge without the need for Internet connectivity. This is extremely useful in use-cases such as Healthcare (conducting surgeries or medical checkups) and testing a system that can work without connecting to the Internet.

The most broadly accepted use of Node.js is APIs (Application Programming Interface). For instance, Linkedin was the first who built mobile API using Node Js development tools. Node.js is one of those platforms that comes integrated with many frameworks such as Hapi. Express and Restify are other Node.js web service frameworks optimized for building semantically correct web services and creating APIs. It becomes effortless for Node Js development company to build the API as they need to write only a few lines of code to get started with an API.

Node.js is the best technology that any IoT application development company can use for efficiently handling the large surges of requests generated within the devices such as sensors and wearables. Streaming of the data is smoother with Node.js as it does not require caching. Stream instances are the Unix pipes that are readable and writable as well and the Node.js developers can effortlessly work with them for running stream applications. With the help of Stream, a user can directly stream data to its destination. 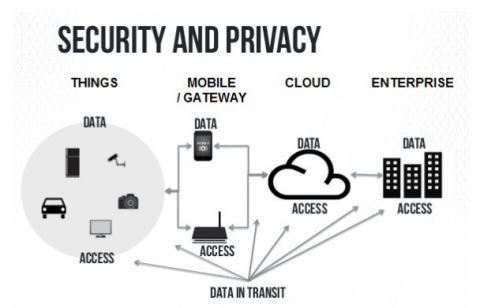 IoT is all about collecting data, communicating, interpreting, and developing. Node.js is known for its acceleration, scalability, and performance delivering it the key player for data-driven real-time application. This makes Node.js perfect for IoT applications that rely on data-intensive real-time traffic. NodeJs for IoT application development is a perfect partner for all the IoT features.

The IoT market is bringing innovation as we slowly move into an interconnected world. Smart cities, smart devices, smart mobility, and personalized healthcare, everything is predicted to ride the IoT train in less than 5 years from now. Node.js application development helps you stay ahead of the curve and beat the competition with its tailor-made services for IoT projects. Also, laying your web foundation by using Node Js for web development will be among the most beneficial decisions you will take while starting your IoT journey.  Make sure to hire dedicated Node.js developers for IoT development and define your requirements to them to experience a seamless application development procedure.

Evon Technologies is a company you can reach out to hire Node Js experts from India who has a skilled team of developers who specialize in the development of Scalable JavaScript Portals. We can Build Node.js backends for every kind of IoT application with expertise in Angular and electron. We also have experience in the development of multiple audio, video streaming technologies and servers. Our web developers can work and customize with technologies like JavaScript, .Net, J2EE, Ruby on Rails, PHP, and Node Js. We know the best web stack for building your new application and will help you choose the technologies to go with based on your company goals, requirements, and resources you have.  Get in touch with our consultants to discuss the requirements of your next application or email us at This email address is being protected from spambots. You need JavaScript enabled to view it.