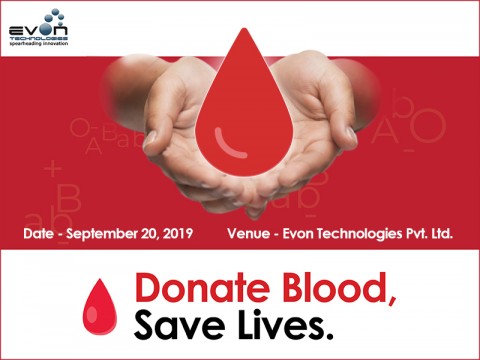 Evon Technologies, a custom web design and development company, and its sister company Logic Simplified, a game development studio, in collaboration with Shri Mahant Indiresh Hospital organized a blood donation camp on September 20, 2019, at Evon’s office campus. A total of 70 units of blood was donated to bring a ray of hope as shortage of blood is rife in India.

The blood-shortage problem becomes even worse during the rainy season when thousands of people contract Dengue. More often than not, Dengue treatment requires blood transfusions to increase the blood platelet count of patients and prevent them from succumbing to the life-threatening disease. 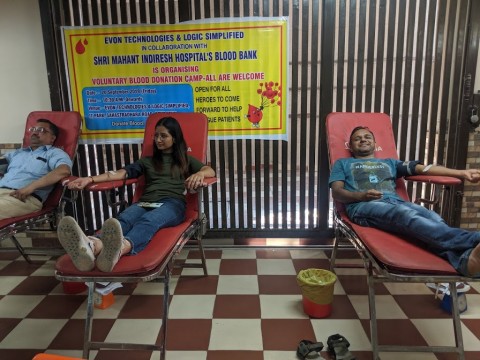 The enthusiasm showed by Evon and Logic Simplified’s employees to address a national cause was palpable in the whole office campus even a week before the blood camp was organized. And, it was not just men who came forward to donate blood, but women as well, debunking the old stereotype that women are not strong enough to be donating blood. 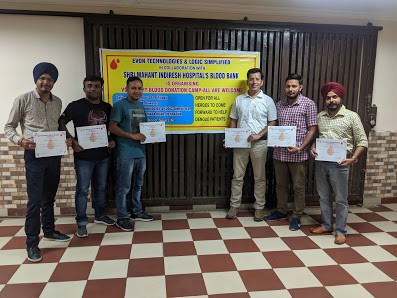 Evon has been religiously organizing blood donation camps every year for a noble cause of saving lives of people in dire need of blood. The purpose of the camp has always been to spread awareness among employees about how donating blood gives others a second chance at life without causing any harm to donators.

Certificates were issued to all the donors as a token of appreciation for their participation in the life-saving activity. Evon, apart from contributing to the Indian economy and creating employment by offering IT Jobs in Dehradun, also makes efforts to do its deeds in the interest of Indian society. The blood donation camp is one of them and will continue for years to come.